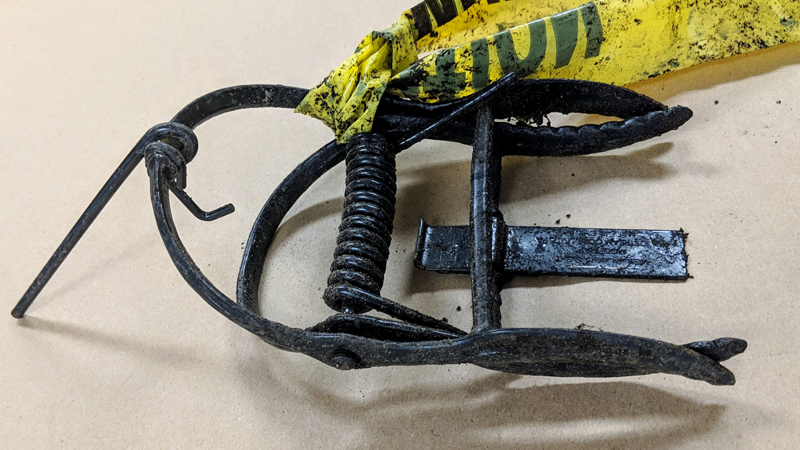 Mounties are trying to figure out who left two animal traps in a Richmond, B.C. neighbourhood. (Handout)

Mounties are investigating after two animal traps big enough to injure unsuspecting people were discovered in a Richmond neighbourhood.

Bystanders noticed the traps, one of which was armed, in the 12000 block of Ewen Avenue Monday afternoon and called the RCMP. The officer who responded managed to disarm the live trap safely, and both were seized for investigation.

Days later, authorities are still trying to figure out who left the traps in the mostly residential area, and why.

"We are very concerned that these traps (were) left in an area where serious harm could result to animals, pets, and humans," Cpl. Dennis Hwang said in a news release.

Mounties did not specify where in the neighbourhood the traps were found, but Hwang told CTV News it was a grassy area that's accessible to the public.

Anyone with information on the case is asked to call the Richmond RCMP detachment at 604-278-1212.