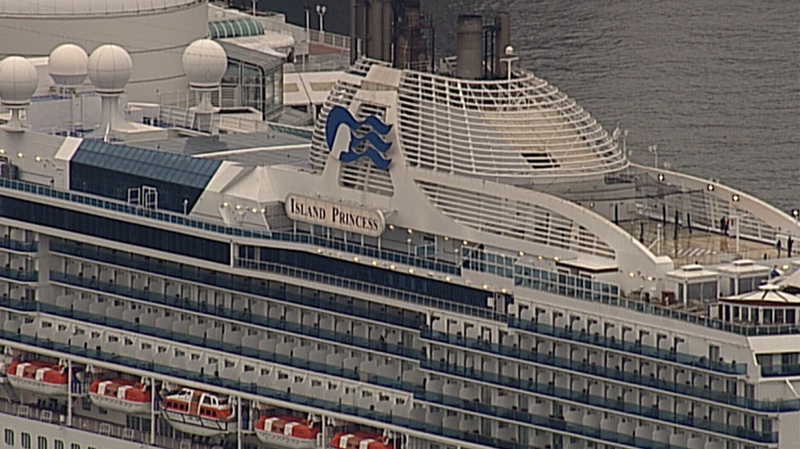 A police search delayed the departure of a Princess Cruise vessel in downtown Vancouver for two hours on May 10, 2017. (CTV/Chopper 9)

Three crew members from the Island Princess cruise ship will spend at least another week in custody after the Canada Border Services Agency argued they’re a security risk under the Immigration and Refugee Protection Act.

The Princess Cruises employees, all Nicaraguan citizens, were arrested after police and CBSA officers boarded and searched the vessel on Wednesday, delaying its departure from downtown Vancouver by several hours.

On Friday afternoon the crew members were represented at an Immigration and Refugee Board hearing by duty counsel, who did not argue for their release.

While IRB officials did not tell CTV News exactly what kind of charges they anticipate could be laid against the trio, they did cite section 58 (1) (c) of the IRPA, which reads: “the Minister is taking necessary steps to inquire into a reasonable suspicion that they are inadmissible on grounds of security, violating human or international rights, serious criminality, criminality or organized criminality.”

Murray Brooks, Hebbert Garth and West Carter are scheduled for another detention review next week.