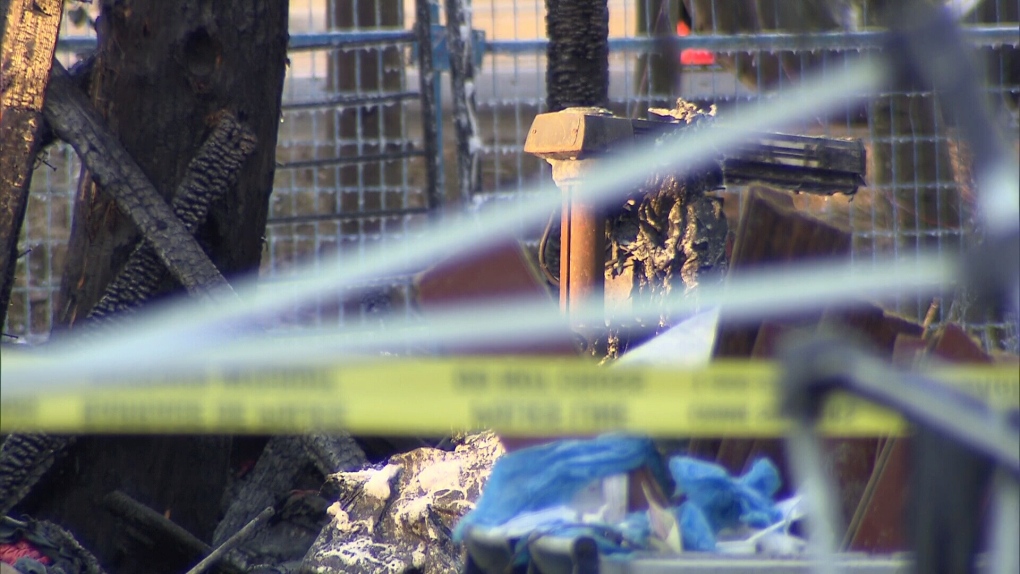 Charred belongings are seen at Anita Place in Maple Ridge on Friday, March 1, 2019.

An evacuation order for a homeless camp in Maple Ridge has been lifted, with the city saying some residents will be allowed to stay.

The camp was evacuated March 2, after a string of fires broke out in the span of two days.

The evacuation order led to B.C.'s housing minister calling on the city to work with the province on creating supportive housing for camp residents.

"We have a plan in place to allow verified occupants of the site to return," said Maple Ridge Mayor Mike Morden in a statement. "This plan ensures that the site remains safe for the people in and around the area and reflects the terms of the BC Supreme Court Order issued on February 8."

The city says it removed 135 propane tanks in February and March, as well as 800 cubic yards of fire-related debris, combustibles and other ignition sources and accelerants.

It also says existing shelters and structures have been moved back from the fence in an attempt to create safe buffer areas.

The city says the site will only be accessed by verified camp occupants, their legal counsel and outreach workers from provincial government agencies. The camp will also have 24-hour security monitoring those who enter and leave the site.

But Pivot Legal, who is working with campers, says the city has undercounted how many how many people lived at the camp.

"Identification occurred on the weekend of a major snowfall, resulting in many residents not being present at the time," the society said in a tweet.

"The city must confront its homeless crisis rather than lean on tactics to empty the camp and threaten health and safety."