Electric vehicles can soon power up at some B.C. gas stations 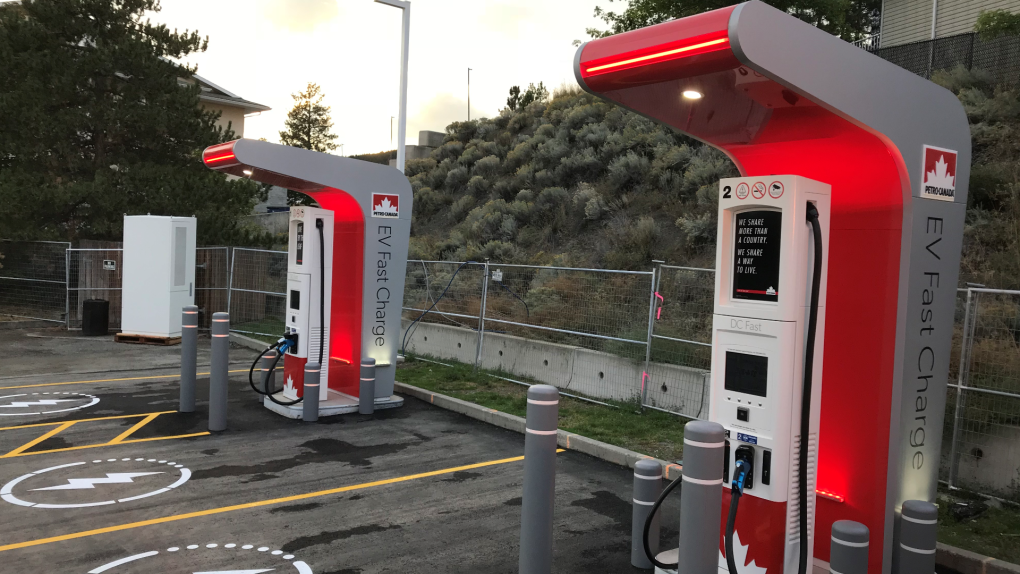 Nanaimo will be the first city in British Columbia where people can pass by the pumps and charge up at a gas station.

In an effort to continue serving drivers who are shifting away from traditional gas-powered vehicles, Suncor-owned Petro-Canada is building a network of EV charging stations from coast to coast.

"Keeping people moving is what we do, and we know that Canadians needs are evolving. We want to help you along your journey, which is why we are building a cross-Canada network of EV fast charge stations," the company said on its website.

A Suncor media spokesperson said the Level 3 fast-charging stations are scheduled to be operating in Nanaimo by the end of September.

Another Petro-Canada station, located in the so-called “gasoline alley” in Merritt, will be powering up its chargers shortly after that.

“We really wanted people to be able to drive across the country," spokesperson Nicole Fisher said.

The most easterly station is located at Stewiacke, Nova Scotia, where it recently activated its chargers.

The charging stations are being situated about 250 kilometres apart from each other, to accommodate the range of most electric vehicles. The project is scheduled to be completed by the end of the year.

For now, drivers can charge up for free, but there are only nine locations in the network currently operating. The company said later this fall, it will implement time-based pricing at the stations.

To see where the EV charging stations here, click here.