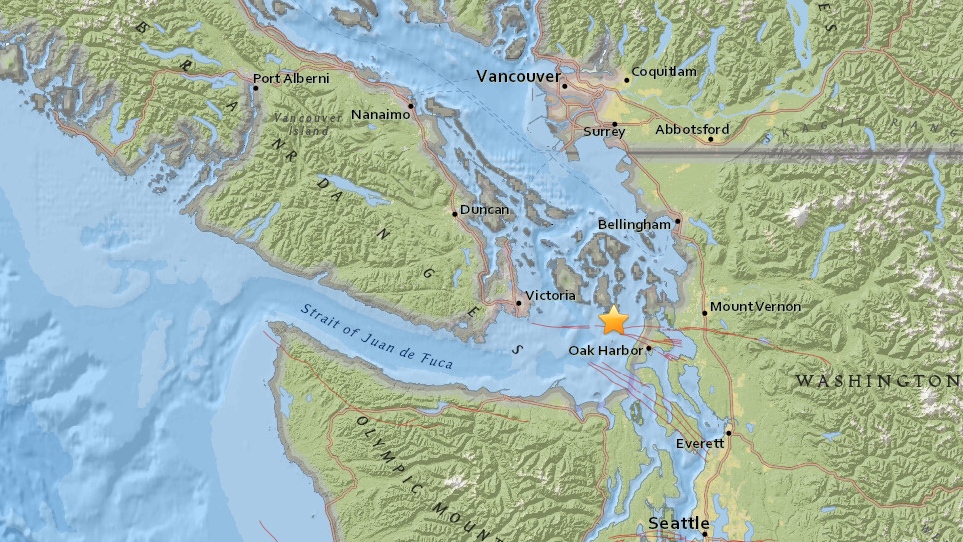 The yellow star on this map from the USGS shows the location of an earthquake, near Victoria, B.C., on Tuesday, April 5, 2016.

A small earthquake that struck off the B.C. coast Tuesday morning was felt both on Vancouver Island and in northern Washington State.

Earthquakes Canada said the 3.1-magnitude shaker happened just after 11 a.m. about 36 kilometres east of Victoria, at a depth of roughly 55 kilometres.

There have been no reports of damage, and officials said none would be expected.

The quake followed about 24 hours after another of the same magnitude that hit the mainland Monday morning.

Residents of Squamish and Sechelt reported feeling light shaking, but that temblor doesn’t appear to have caused any damage either.

Anyone else in Victoria feel this one?? Our building jolted sideways... #yyj #earthquake #victoriabc https://t.co/iTT8mGsWj6

Was that an earthquake in Victoria BC?