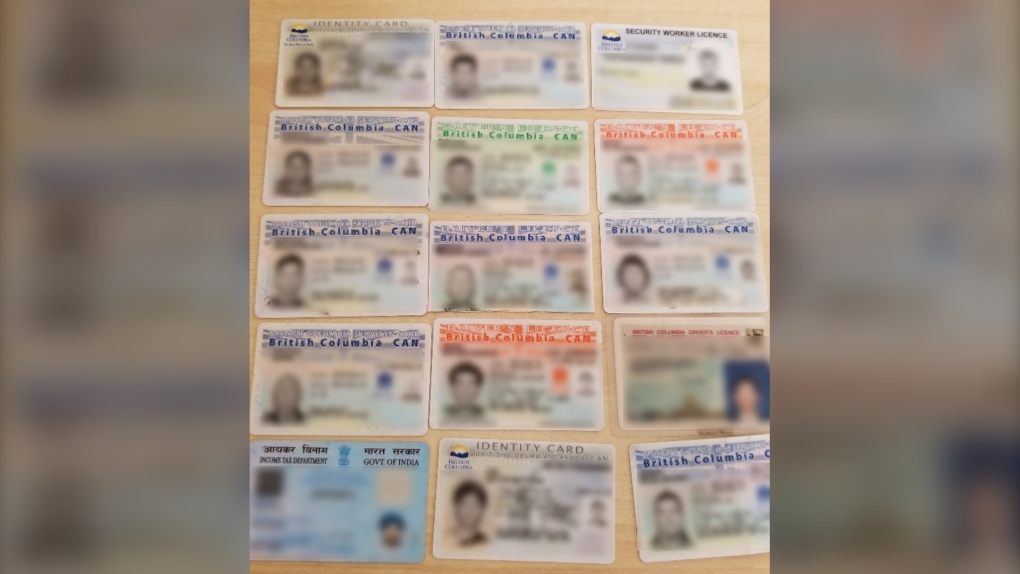 Mounties said officers were conducting patrols around 2 a.m. on April 25 near 134 Street and 64 Avenue when they saw two men arguing, as well as a vehicle associated with one of them idling close by.

Officers then saw evidence inside the vehicle that led to the arrests of both men for possession for the purpose of trafficking, police said.

"Further investigation of the vehicle led to the seizure of a large quantity of suspected illicit drugs including pills, cocaine and fentanyl," RCMP said in a news release. "The officers also located and seized multiple cellphones, an electronic card reader, stolen identification and stolen bank cards.

One of the men was found to have five outstanding arrest warrants and was taken into custody, and the other man was released at the scene "pending further investigation."

No charges have been laid, but police said their investigation is ongoing.

Mounties ask anyone who has information about crime happening in their neighbourhood to contact them at 604-599-0502 or call Crime Stoppers at 1-800-222-TIPS.​