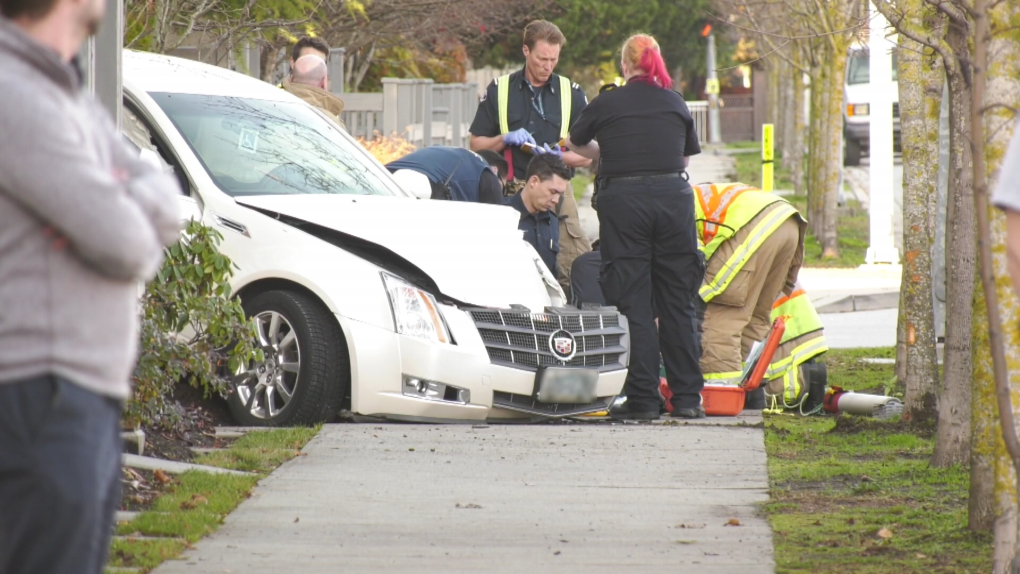 A damaged vehicle is pictured at the scene of a crash in Richmond on Tuesday, Nov. 19, 2019.

VANCOUVER - A driver has life-threatening injuries following a crash in Richmond, Mounties say.

They were the only person in their vehicle when it crashed into a hydro pole at around 2 p.m. Tuesday, the RCMP said in an email to CTV News.

The crash occurred on No. 4 Road between Alderbridge Way and Tomicki Avenue.

Mounties warned the road would be closed for some time as officials investigate.

The RCMP has not yet identified the person, nor have they provided a possible cause.

First responders surrounded the driver, and appeared to have been performing life-saving measures.

A white Cadillac sedan could be seen in a grassy area off the road near the hydro pole. The car had visible damage on the front driver’s side. A parking permit for a person with disabilities was visible through the windshield.

Nearby, the wooden pole still stood, but was leaning to one side. It appeared it had broken near its base, and the detached top portion came to rest on the sidewalk.

Fire trucks and police tape blocked off the area to traffic.