Do you recognize this man? White Rock RCMP look for suspect after caught-on-camera theft 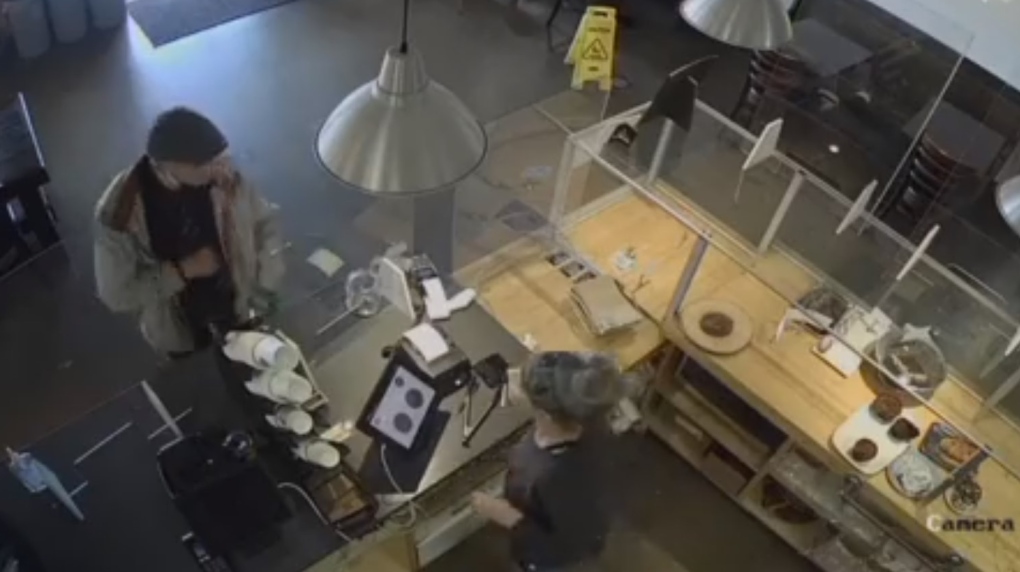 White Rock RCMP are looking for a suspect they stole from multiple businesses on May 9, 2022.

White Rock Mounties are appealing to the public and local business owners to keep an eye out for a man they say stole from multiple businesses Monday.

At least one of the incidents was caught on camera. Police shared video on social media Tuesday that appears to be taken from a coffee shop.

In the video, the man walks up to the counter carrying a bag. He takes a jar from the counter and conceals it in his jacket before an employee comes to help him.

He then orders a beverage and, while the employee isn't looking, takes something else from the counter and puts it into his bag. It appears he uses a debit or credit card to pay for his drink before walking out of the store.

Was this male in your White Rock business on Monday? He stole from three separate businesses (that we know of). If you have CCTV or any information please contact White Rock RCMP 778-545-4800 or @SolveCrime pic.twitter.com/DZibugbV2L

The RCMP confirmed with CTV News Vancouver the suspect is a 58-year-old man who was identified as a prolific offender by a Vancouver business owner. That owner told police they've been a victim of the same individual before.

"Five incidents were discovered in White Rock resulting in hundreds of dollars being taken," police told CTV News Vancouver in an emailed statement. "This individual has over a hundred convictions for property and other offences, and a warrant will be requested for his arrest."

Anyone with security video or more details is asked to call White Rock RCMP at 778-545-4800. Tips can also be left anonymously with Crime Stoppers.