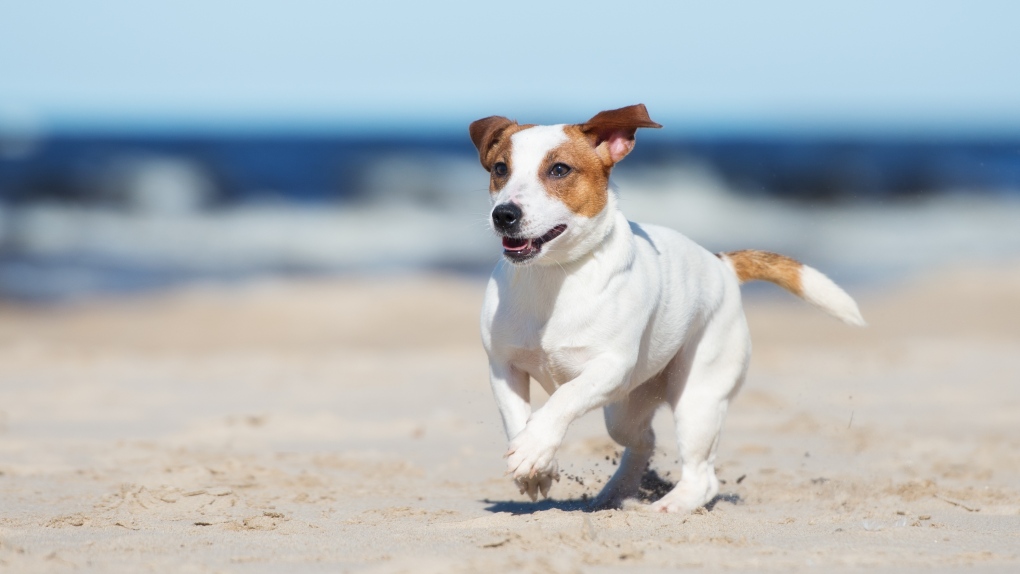 An E. coli warning has been keeping swimmers out of the water at Kitsilano Beach since Saturday afternoon – but veterinarians say there could be danger for dogs as well.

Just like people, dogs can become seriously ill after ingesting a nasty strain of E. coli bacteria, which is easy to do while fully immersed in contaminated waters.

"Dogs can swallow the water and get quite sick," said Dr. Rebecca Greenstein, a veterinarian and adviser with the Rover app. "When we're dealing with certain strains of E. coli, they can cause serious and even fatal infections, particularly in older animals and in younger animals."

Since Vancouver Coastal Health doesn't test for particular strains of E. coli, veterinarians suggested it would be smart to avoid letting pets splash around until the levels subside just in case.

"If the E. coli is too high for humans, it's probably too high for dogs," said Dr. Adrian Walton of the Dewdney Animal Hospital.

Walton told CTV News anyone who was unaware of the E. coli warning and brought their dog swimming at the beach over the weekend should keep an eye on the animal over the coming days.

He said the typical incubation period is three or four days, but that it can be anything from one day to 10 days.

"If your dog develops diarrhea within three to four days it's probably associated with E. coli," Walton said. "Make sure you're in contact with your vet, they'll be pretty good at indicating whether it's something that needs to be brought in – but better to be safe than sorry."

Unfortunately, dogs don't even need to go swimming to get infected.

Dr. Greenstein said when high levels of E. coli are detected in the water, even playing in the sand can pose a risk of "secondary contact" with the bacteria.

She recommended dog owners give their pet a thorough rinsing if they visited the beach, just to be safe.

And until the warning is lifted, she suggested people keep their dogs on-leash near the water.

"Some dogs just love water, and it's hard to keep them out of it," she said. "It's important that your dog is always kept on leash so they don't run in."

Two other Metro Vancouver beaches are currently closed because of E. coli concerns: Trout Lake in East Vancouver and Snug Cove on Bowen Island. Ambleside Beach in North Vancouver and Sunset Beach in Vancouver were also closed to swimmers earlier this month, but have since reopened.

More information on E. coli levels at all of Vancouver's beaches can be found at the Vancouver Coastal Health website.