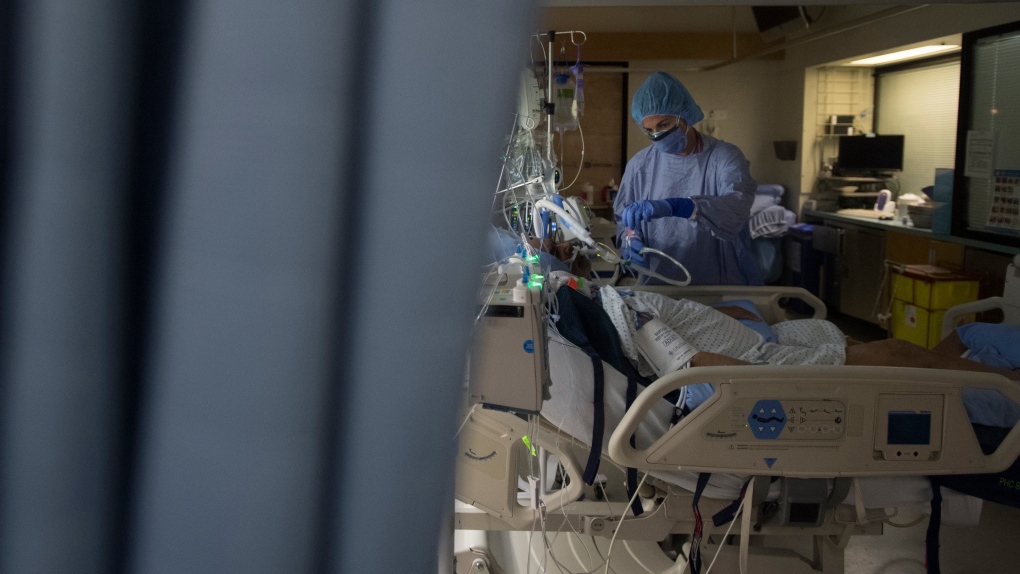 VANCOUVER -- Adding to the many impacts being felt by British Columbians because of COVID-19, a recent study suggests the pandemic could be negatively impacting the mental health of those on the front lines of the crisis.

According to a follow-up study conducted by B.C. Nurses' Union and researchers from the University of British Columbia's school of nursing, levels of severe depression, anxiety and exhaustion have risen in recent months.

A study was first conducted late last year, asking nurses to rate some mental health factors. The survey was conducted again in June and July, asking the same questions as before, and including new ones about the COVID-19 pandemic specifically.

In the recent survey, 41 per cent of the 3,676 nurses polled across B.C. said they're suffering from severe depression. Last fall, that figure was 31 per cent.

As well, 60 per cent said they were suffering from emotional exhaustion, which was up from 56 per cent last year. More than half said they felt there were inadequate staffing levels.

"Before the pandemic, we knew that nurses were being greatly impacted by the nursing shortage, suffering from significant burnout due to high workloads," said Christine Sorensen, president of BCNU, in a news release.

"It's more important than ever that mental health support is provided for nurses and all health-care workers as they brace for a COVID-19 surge this fall while attempting to meet targets in the government’s surgery re-start program."

The survey also asked nurses how concerned they were about contracting COVID-19. Eighty per cent said they were worried they'd get the disease themselves from work, while 86 per cent reported being extremely worried about bringing it home to their loved ones.

About a quarter of those surveyed said they'd been tested for COVID-19.

While the data's still being analyzed, principal investigator Farinaz Havaei, who is an assistant professor at UBC, said there are "broad trends of worsening mental health among B.C.'s frontline nurses."

"As a nurse and a researcher, I’m very concerned to see more nurses reporting higher levels of poor mental health, which can directly affect their ability to provide effective care, if not resolved in a timely manner," Havaei said.