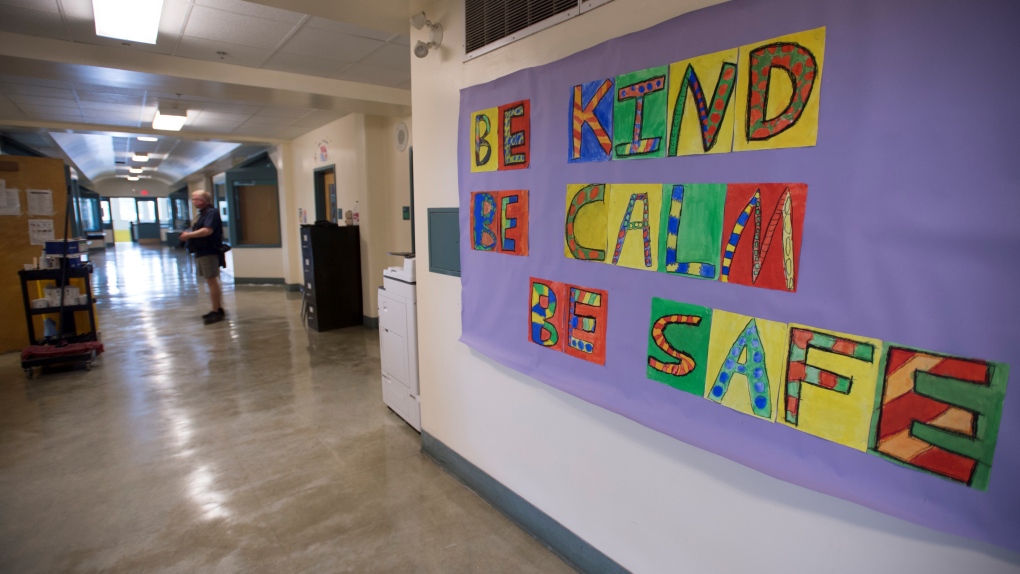 Dr. Bonnie Henry's words are pictured on the bulletin board in the hallway of B.C. school on Wednesday, Sept. 2, 2020. (Jonathan Hayward / THE CANADIAN PRESS)

Justice Jasvinder Basran says in an oral decision posted online on Wednesday he is satisfied that the advice of public health officials in B.C. is based on the best available scientific knowledge.

He says evidence shows the officials considered the use of masks in schools, while the creation of learning groups of up to 60 or 120 students was also based on “sound scientific advice” balanced with the need to provide children with an education.

The application filed in late August on behalf of Bernard Trest of White Rock and Gary Shuster of Vancouver, both fathers of school-age kids, named the ministers of health and education as respondents.

They sought an injunction restraining the ministries from moving into the current phase of the province's school restart plan without a mandatory mask policy in classrooms and an order compelling physical distancing among students in the same learning group in classroom settings.