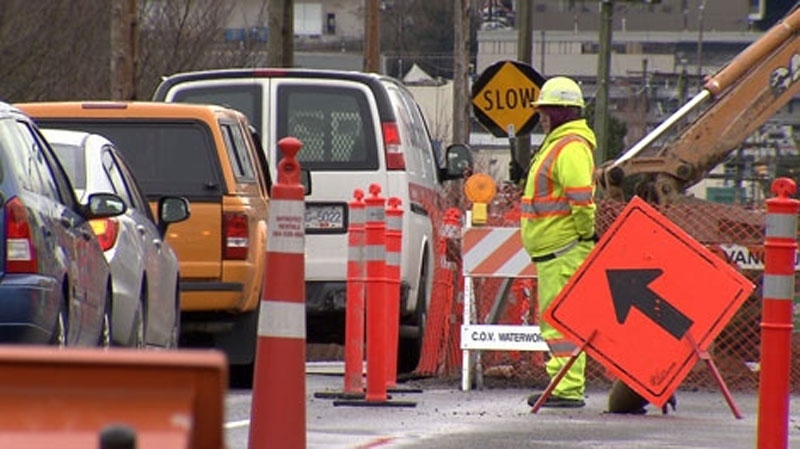 A construction site is seen in this undated CTV News file photo.

Criminal negligence charges have been laid against a multinational construction company and two individuals in relation to the workplace death of a man on B.C.'s coast in 2009.

According to the B.C. Prosecution Service, charges of criminal negligence causing the death of Samuel Fitzpatrick have been laid against Gerald Karjala, Timothy Rules and Peter Kiewit Sons ULC.

According to an independent investigation report written by WorkSafeBC, Fitzpatrick died after a boulder struck him in the head while working on a construction site near Powell River on Feb. 22, 2009.

According to WorkSafe, Fitzpatrick was wearing hearing protection and may have not heard the initial warning about the falling boulder.

"Just as (Fitzpatrick) looked downhill at the Hoe Drill Operator and Scaler 2, the rock rolled over the crest behind (him), struck him directly, and rolled over him," the report reads.

Fitzpatrick died at the scene.

He was an employee of Kiewit at the time and according to the report had been working as a rock scaler.

In a statement, Peter Kiewit Sons' vice-president of corporate communications said the company questioned why charges came so long after the incident.

"We disagree with the justification for and timing of this charge regarding the tragic death of Sam Fitzpatrick which occurred more than a decade ago on the Plutonic Power Hydroelectric project," Bob Kula said in an email.

According to WorkSafe, there had been a serious incident involving a large boulder the day before Fitzpatrick's death.

The incident led to Fitzpatrick voicing his concerns to the site's construction manager over the lack of an emergency and rescue plan in the event that a similar rock fall would injure a scaler.

The WorkSafe report found there had been a lack of effective risk assessment at the site, and safety planning and supervision was deficient.

"Supervisory and management personnel were reasonably knowledgeable about safety requirements to ensure a rock fall incident did not occur, but they did not adequately control the hazards, plan the progression of the work in a safe manner, and arrange the work to ensure worker safety."

But it noted that Peter Kiewit and Sons adopted an extensive 20-point correction plan after Fitzpatrick's death.

But Kula says the charges come more than five years after WorkSafeBC and the Workers' Compensation Appeal Tribunal determined that the company didn't willfully contribute or cause Fitzpatrick's death.

"We have been -- and will continue to be -- a strong corporate citizen in the province and across Canada, and will defend our company in this matter," he said.

Kula said the company would not comment further on case, but said Fitzpatrick's death had impacted the company.

"Although this is now a legal dispute, at the heart of this matter is Sam, who lost his life on a Kiewit project. We continue to offer our sincerest condolences to his family and friends for their loss. Nothing is more important than the safety of everyone on our jobs and the communities in which we work."