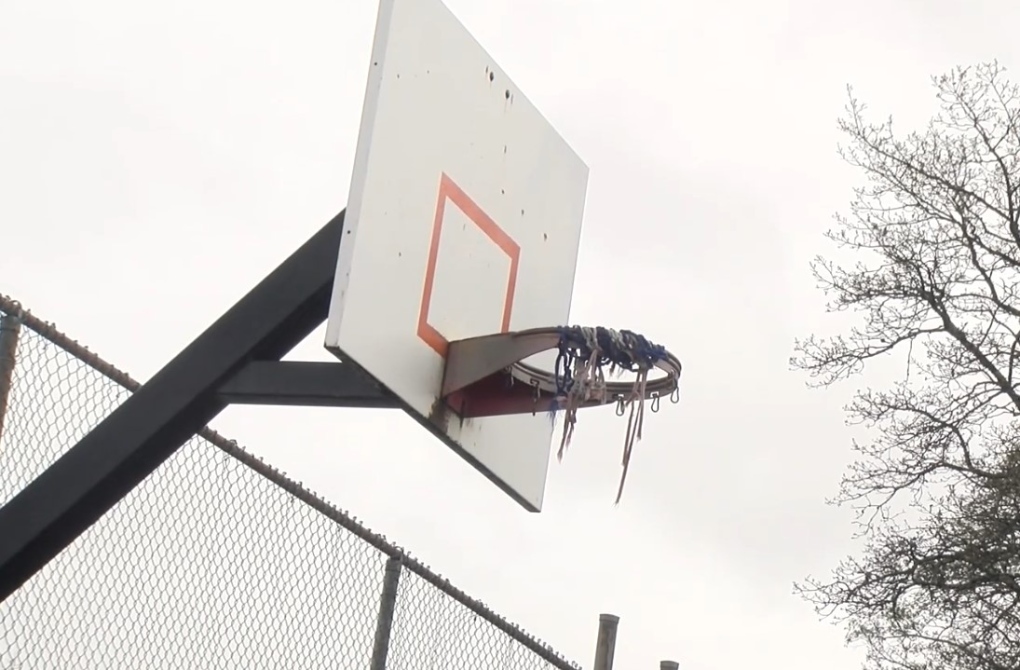 The rundown basketball hoops at the Mcbride courts in Prince Rupert

The City of Prince Rupert is looking to make some changes to some of its recreational facilities this summer, putting out a bid for a construction contract for the refurbishment project of the tennis and basketball courts located on McBride street.

"Basically, the main thing is to resurface the area, but we also are adding new basketball hoops and nets and also some lines so that people can play pickleball because that's something we've been getting a lot of requests for in the community. So we just really wanted to upgrade this asset that's existing that people do use frequently and make it a little bit better," said City of Prince Rupert Communications Manager Veronika Stewart.

I's a project that the city has been trying to get done for nearly two years, though due to the complexities of the work involved, they've had to look outside of town for a contractor which has slowed down the process significantly.

We've been really having a bit of a challenge getting someone to come up to do it because there are some specific basically requirements for the contractor, so we don't have a local contractor that was really able to do it.  And so we've been looking outside of Prince Rupert and it's been quite a challenge," Stewart told CFTK-TV News

Ultimately, the hope is that the project will create a new and improved space for local residents to play basketball. tennis and of course, pickleball.

In terms of a timeline for the project, it will depend on when the bids come in, but the city is hoping to get things started by June and finished by the end of the summer.