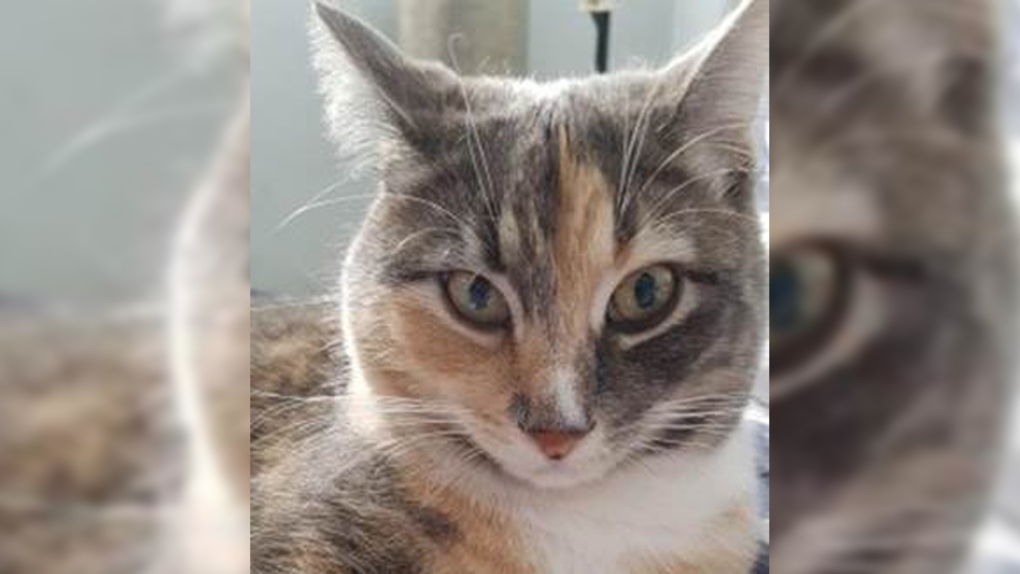 Rosie, a one-year-old muted tortoise shell cat, is seen in this photo provided by the BC SPCA.

BC SPCA officials in northeastern British Columbia are asking for the public's help to identify the person responsible for leaving a cat to die in a dumpster earlier this week.

The manager of the SPCA's South Peace branch said a man collecting bottles from a garbage bin at around 11:30 p.m. on Monday found Rosie, a one-year-old muted tortoise shell cat, in a box with her legs bound behind her neck.

“He dug under the piles of garbage and discovered the cat inside a taped box with her limbs zip-tied together," Wendy Davies said in a statement.

The man freed the cat and took care of her overnight before taking her to the shelter in Dawson Creek, about 11 kilometres northwest of Pouce Coupe.

“If that gentleman hadn’t found her when he did, though, there’s no doubt she would have suffocated. It is heartbreaking to think how much she was suffering and how terrified she must have been," Davies.

Rosie has a tattoo and a microchip that helped SPCA staff trace her owner, who had reported her missing from Dawson Creek earlier Monday evening.

Davies said the cat was not seriously injured, but it's clear that someone was trying to harm her.

“We are seeking any information about why Rosie was taken to Pouce Coupe and how she ended up in this life-threatening situation," she said. "It is clear from the way she was tied up and buried that this was a cruel and deliberate act of animal cruelty.”