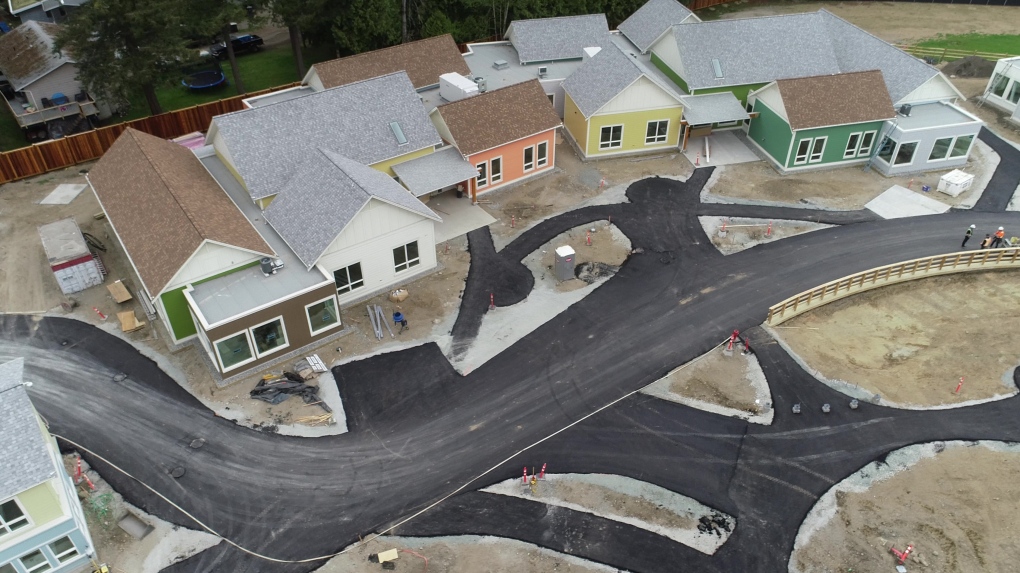 Canada's first dementia village is set to open its doors in July. (The Village / Handout)

Canada's first seniors' community designed for those suffering from Alzheimer's and dementia is set to open in Langley this July.

Dubbed "The Village," the project has a series of one-storey buildings, including cabins and a community centre, spread across five acres.

Elroy Jespersen, the project lead for the development, says he's been fascinated with the concept of finding housing for an often-overlooked segment of the senior population.

"It's my final project and it's something that needed to be done," Jespersen said to CTV News Vancouver.

The Village is partly inspired by a Dutch housing project known as Hogewyk, which is the world's first "dementia village."

Cabins are used for housing, with a grocery store and other amenities spread across the property. The project is then surrounded by a secured perimeter that only has one way to exit.

"What intrigued me was they created this perimeter secured village without a fear of walking out," said Jespersen.

Jespersen says over the 30 years that Verve, one of the companies behind the project, has been working with Canbrit Development to build seniors' facility, he's noticed there's one portion of seniors they struggled to help.

"There was one group of people we were having difficulty providing for and it was older people with dementia," he said.

The Langley project will have six cabins that house 12 to 13 people. There are no stairs or elevators for residents to get confused by.

Jespersen says 50 to 55 have pre-registered to live in the development, and he expects they'll be closing to filling the 72 spots by opening.

The concept is gaining popularity across B.C.

A similar site has been announced for the former Mount St. Vincent's hospital site.

Speaking in 2018, Maria Howard, the chief executive of the Alzheimer's Society of B.C., said there is a significant need for this type of housing since much of what's available isn't designed for the unique needs of people with dementia.

But such a project does come with a price tag.

The base rate starts at $6,950 and can go up to $7,800 a month. Those prices don't include personal expenses such as toiletries.

Jespersen says the development will take July to furnish the cabins and ensure staff are properly trained. Residents will move in throughout August.