Can't find fresh chicken or eggs in your supermarket? Here's why

VANCOUVER -- It started with toilet paper and non-perishables likes pasta and beans. Now many B.C. grocery stores are out of fresh chicken and eggs.

Local farmers say they're producing as much as they were before the COVID-19 outbreak began, but shelves are bare because people are buying too much.

“I think it’s a question of people stocking up, buying more than they usually do,” said Bill Vanderspek, the executive director of the B.C. Chicken Marketing Board. “It’s a fear thing.”

“We have been in communication with our grading stations who communicate with the stores, and they are frustrated they can’t keep them in stock,” said Katie Lowe, executive director of the B.C. Egg Marketing Boardm.

And unlike toilet paper manufacturers, the province’s egg and chicken farmers can’t easily increase supply to meet the spike in demand.

“We only have a limited number of hens in the province,” said Lowe. “And from the day the chick is hatched it takes 19 weeks to start laying eggs. So we cannot suddenly start ramping up production to get more eggs on the shelves.”

Chicken farmers have the same time constraints. “For birds to get to market it takes eight weeks from the time the eggs are set at the hatchery,” said Vanderspek.

“You can’t bring extra birds in early because they’re not ready to come to market. It’s something that’s planned very, very well in advance.”

The empty shelves might seem alarming, but Lowe insists the industry can supply enough for everyone - provided people only take what they need.

“Hens that we do have, we know we have enough supply for everybody in B.C.,” said Lowe.

Like all businesses, chicken and egg processors are having to operate under new physical distancing rules.

“Which is not that easy in a manufacturing facility, but we’re taking it one day at a time and right now everything is operating normally,” said Vanderspek. “We’re doing it today, we’re doing it all of next week. Unless something changes and we can’t.”

As restaurants begin to close their doors, more eggs and processed chicken will be funnelled to supermarkets, and shelves should start to fill up again. Lowe says in the meantime, “buy what you need and leave the rest for your neighbours.” 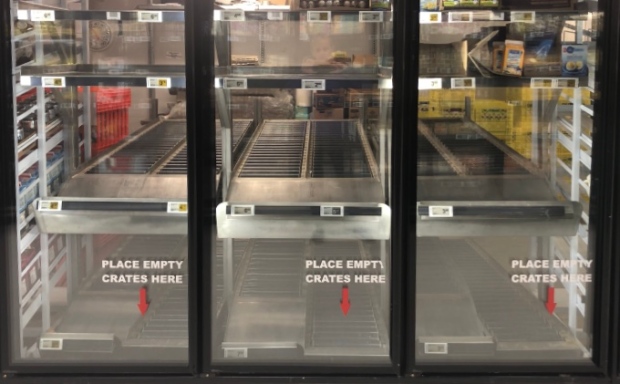