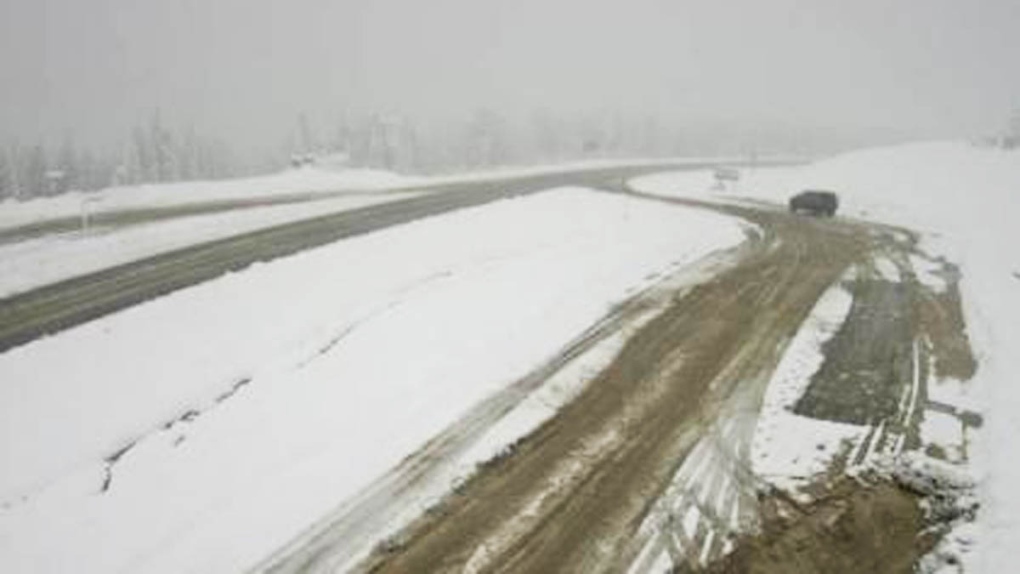 A mid-August snowstorm forced a northern B.C. campground to close over the weekend due to safety issues.

Snow fell over parts of the province on Sunday, including on the Alaska Highway near the Yukon border. Environment Canada said the storm, which it predicted could dump up to 30 centimetres of snow on the area, was due to an unseasonably cold Arctic airmass meeting Pacific moisture on the North Coast.

Snowfall was expected to be heaviest in higher elevations, and traffic cameras showed heavy accumulation on Highway 97 northwest of Fort Nelson.

Weather warnings remained in effect for the Fort Nelson and Muncho Lake Park-Stone Mountain Park regions Monday morning, with a possible four centimetres of accumulation in the forecast.

In the early morning warnings, Environment Canada advised against travel, saying visibility could be reduced suddenly due to heavy snow.

One of the areas in the path of the storm was a provincial campground on the Liard River.

In a Facebook post, staff wrote the Liard River Hotsprings Provincial Park had to close until further notice due to the wintry weather.

"This has caused numerous trees to fall and there is a continuing threat of more to come down with the forecast of freezing rain," the post at 11:15 a.m. Sunday read. The Facebook post was later deleted.

"There is No ACCESS to the campground or hot pools under any circumstances."

It warned that there was also heavy snow at Muncho Lake and Summit Lake provincial parks, so camping or travelling through those parks was not recommended.

On Monday evening, the park announced it would reopen Wednesday.