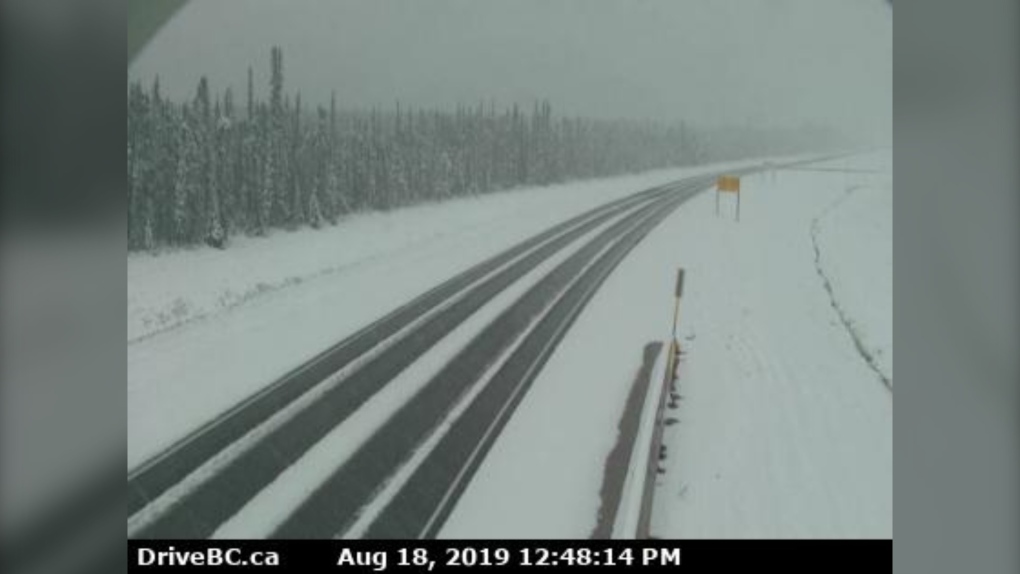 "A long period of snowfall with total amounts of 20 to 30 centimetres." That's how Environment Canada describes its Sunday forecast along a northern B.C. highway.

The agency issued a snowfall warning Sunday morning for Fort Nelson and surrounding areas of the Alaska Highway in the province's north.

Environment Canada blames the heavy early-season snow on "the combination of an unseasonably cold arctic airmass and Pacific moisture associated with a low on the North Coast."

The snow is expected to be heaviest in higher elevations between Fort Nelson and Watson Lake, where 15 to 35 centimetres of snow are expected in addition to what has already fallen. The town of Fort Nelson, itself, "should receive rainfall," Environment Canada said, while areas south of there could expect up to 10 centimetres.

Cameras west of Fort Nelson also showed roadways covered in snow, while cameras closer to the town showed only a small amount of accumulation.

"Travel is not recommended," Environment Canada said in its snowfall warning. "Visibility may be suddenly reduced at times in heavy snow."

Snowfall is expected to slow down Monday morning, the agency said.