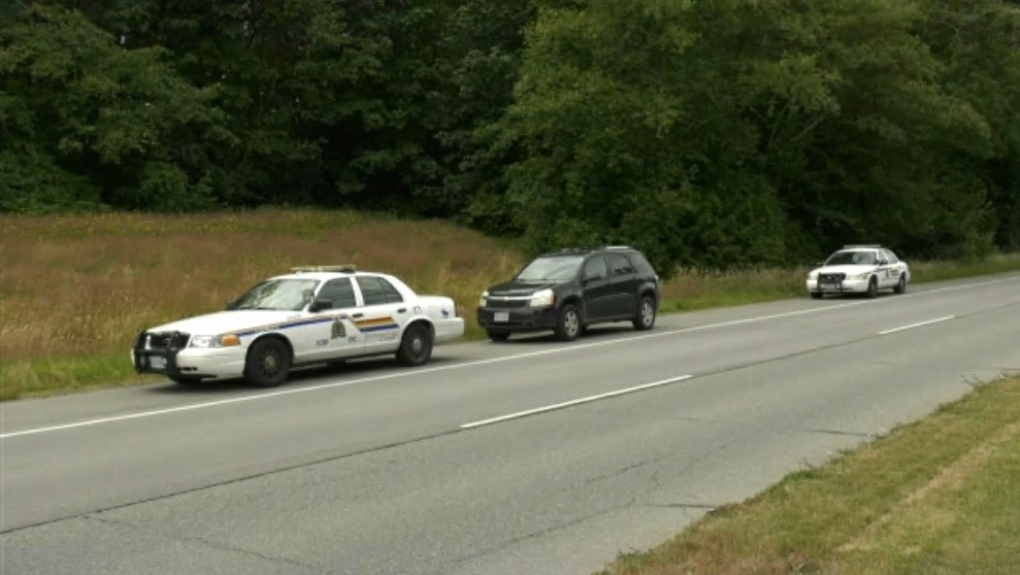 RCMP vehicles could be seen parked at the scene throughout the day Thursday. (CTV)

VANCOUVER -- Mounties and the BC Coroners Service are investigating after a body was found in a wooded area near the University of British Columbia Wednesday.

In a news release, University RCMP said the remains were reported near the intersection of Southwest Marine Drive and Wesbrook Mall on University Endowment Lands. Police later found a deceased man's body at the scene.

Police said they don't believe there is any risk to the general public "given the decomposed nature of the remains."

The RCMP E Division Major Crime Section is leading the police investigation, and coroners are also investigating to determine the details and circumstances of the man's death.

RCMP vehicles could be seen parked at the scene throughout the day Thursday.