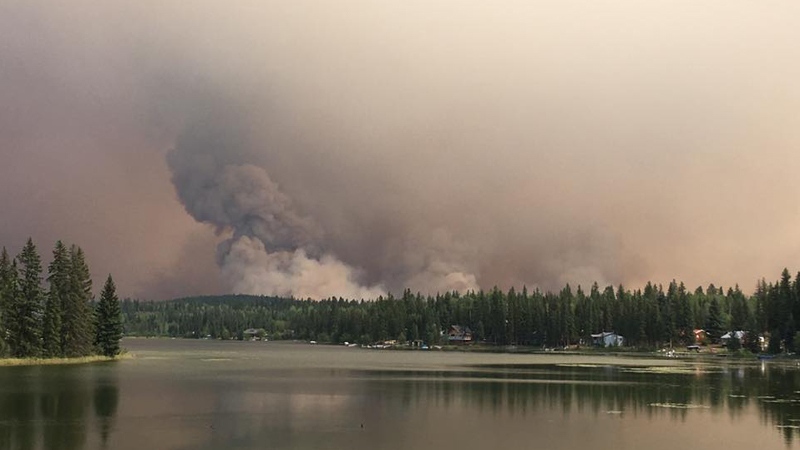 VANCOUVER - Smoke from wildfires that burned through huge swaths of British Columbia's Interior in 2017 is helping scientists prove a theory about the potential impacts of nuclear war.

Scientists at Rutgers University in New Jersey say the towering, black plumes of heated smoke produced by the wildfires sent carbon billowing into the stratosphere, high above any weather systems that could have washed it back to earth.

Alan Robock, a distinguished professor in the Department of Environmental Sciences at Rutgers, says the smoke circulated for eight months and the cooling effects on the Earth support theories about what would likely occur following a nuclear war.

Robock has been modeling the potential impacts of a so-called "nuclear winter" since 1984 and his work finds even a nuclear skirmish between India and Pakistan, for example, would send soot into the stratosphere causing unprecedented cooling of the climate.

His model shows the cooling would affect agriculture worldwide but would be nothing like the years of sub-zero summertime temperatures from a nuclear conflict between the United States and Russia.

Robock hopes his study helps convince more countries to sign the United Nations Treaty on the Prohibition of Nuclear Weapons, a pact that has two dozen signatories but needs 50 before it can come into force.