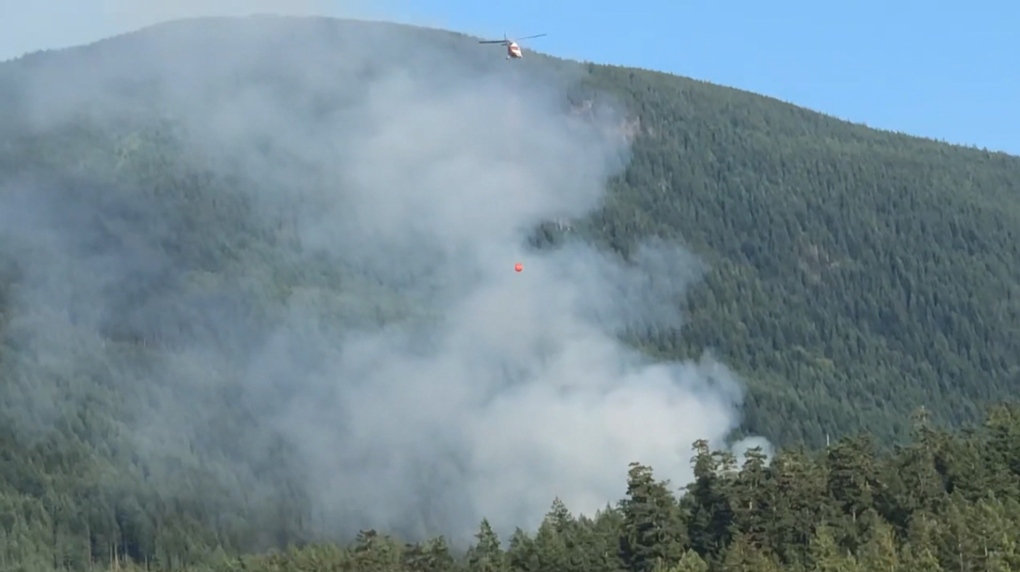 A wildfire is burning near Sakinaw Lake, roughly 45 kilometres northwest of Sechelt, on the Sunshine Coast. (Tom Hassan)

The BC Wildfire Service has confirmed crews are battling a wildfire roughly 45 kilometres northwest of Sechelt, on the Sunshine Coast.

The fire broke out in the late afternoon Monday in a wooded area south of Sakinaw Lake. It nearly doubled in size overnight to 3.8 hectares.

“The helicopters' [are] still very active, picking up water from the lake since the early morning,” wrote resident Tom Hassan in an email. Hassan noted it was relatively windy near the lake, with “hazy smoke” pluming from the blaze.

So far no structures or homes are at risk, and the BC Wildfire Service suspects the cause of the blaze is human-made.

Firefighters have already fought a wildfire in the Pender Harbour and Sakinaw Lake area this year. That blaze broke out in June, roughly 30 kilometres south of the current blaze.