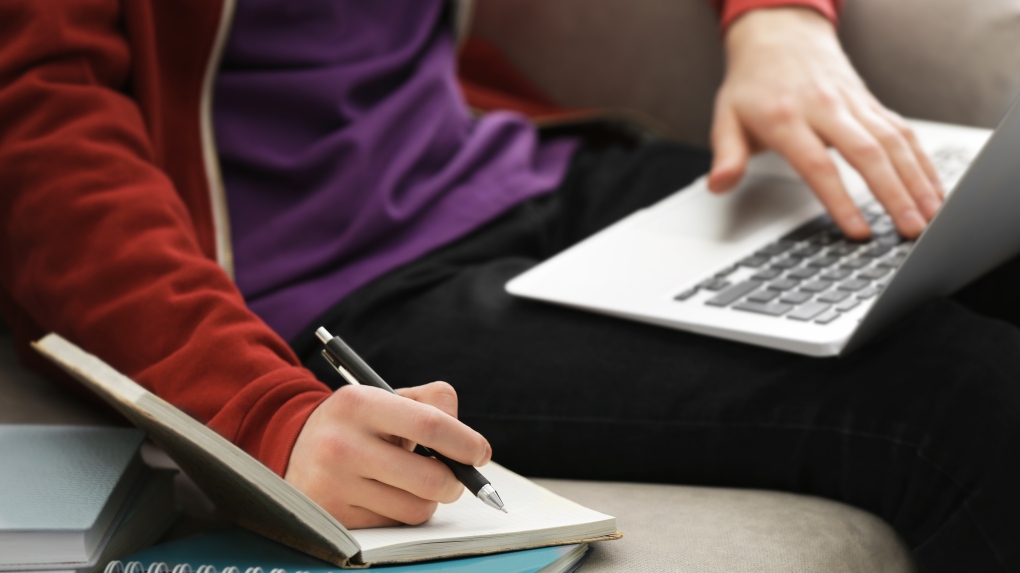 A teenager works on a laptop in this undated image. (Shutterstock)
Vancouver -

A B.C. school district is apologizing for a question that appeared on an exam asking students to give examples of how First Nations people may have benefitted from their relationships with colonizers.

In a statement Friday, the Burnaby School District said it was "moving swiftly" after learning about the question that appeared on a Grade 9 social studies test.

The district's statement says students were asked to "explain how First Nations people benefitted from their relationships with European colonizers," adding that the question said "'many took advantage' of those relationships."

The statement says the district superintendent learned about the question on Thursday after a student told media about it.

"It is inappropriate and worse than that, this kind of question is harmful and could be trauma-inducing for Indigenous youth and damaging to meaningful relationships between Indigenous and non-Indigenous people," Supt. Gina Niccoli-Moen said in the statement.

"This is not the way we integrate Indigenous perspectives and worldviews into curriculum in the Burnaby School District."

The superintendent apologized for the question and said a review of materials is underway.

"While I want people to know how deeply saddened and sorry I am that this question was put on a student exam, it is equally important to take it beyond words and take steps to prevent this from happening again," Niccoli-Moen said.

"While the question on the exam was not the latest version, the district has concerns about the current material, which is a provincial resource for online learning," the district's statement says.

In November, another B.C. school district launched an investigation after an Indigenous parent shared a video on social media about one of her 11-year-old daughter's school assignments.

The assignment from a middle school in Abbotsford asked students to list five positive outcomes of Canada's residential school system that forcibly separated Indigenous children from their communities.

At the time, Dr. Kevin Godden, superintendent of the Abbotsford School District, told CTV News Vancouver in a statement that the district "immediately launched an investigation" after learning about the assignment.

"Assignments like this are not acceptable," Godden said in November. "This incident is a disservice to the district’s commitment to truth and reconciliation."