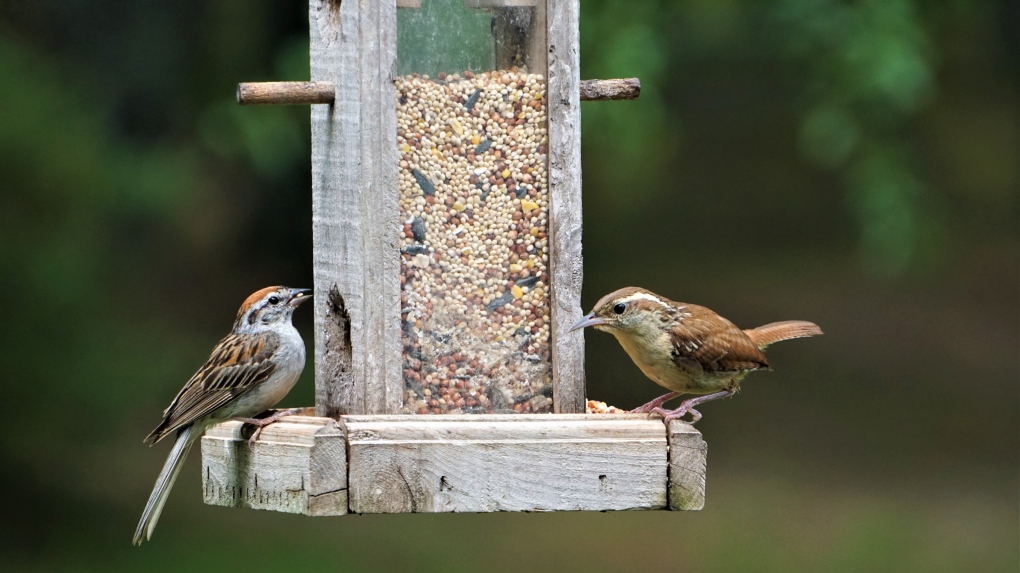 A bird feeder is seen in this undated image. (Shutterstock)

An outbreak of avian flu across Canada with several cases confirmed in B.C. prompted an animal welfare agency to ask residents to temporarily remove bird feeders and baths.

The B.C. SPCA issued a notice Thursday warning of the rapid spread of the flu, which can cause serious disease or death in birds. The agency said wild birds "play a key role" in spreading the flu, with raptors like eagles, hawks and owls at greatest risk.

To reduce the spread of disease, the SPCA said, backyard bird feeders should be put away and bird baths should be emptied.

"Bird feeders facilitate the spread of the disease by encouraging unnatural congregations of birds and attracting other wildlife including predators and rodents," the warning from the SPCA said.

"The presence of bird feeders and baths can also increase the risk of transmitting the virus between nearby animals like backyard chickens or turkeys."

Several avian flu cases have been recorded in B.C. this year. On Wednesday, the province announced the highly pathogenic strain was detected in two more flocks of domestic birds, this time in Richmond and Kelowna.

In total, four small flocks of domestic birds and one commercial poultry operation have reported positive tests in the province. The flu has also appeared in multiple wild birds, according to a Metro Vancouver rehabilitation facility.

"Unfortunately, the death rate is quite high, and it's been within 24 hours," Rob Hope with the Orphaned Wildlife Rehabilitation Society in Delta told CTV News Vancouver.

In very rare cases, the virus can spread to people who had close contact with infected birds or were in heavily contaminated areas.

The SPCA said the public can also help by watching out for any sick birds.

"Sick birds may appear lethargic, unusually 'fluffed up,' have nasal discharge, or have excessively watery eyes or swelling of the head and eyelids," the SPCA said.

While the request to remove bird feeders is temporary, the SPCA said it recommends only putting them out between October and March, because there are many natural feeding opportunities for birds in the spring and summer.

Hummingbird feeders have the lowest risk because they're species-specific, but owners should regularly change the nectar and clean the feeders to prevent deadly fungal outbreaks.

Russian missile attacks on residential areas killed at least 21 people early Friday near the Ukrainian port of Odesa, authorities reported, a day after the withdrawal of Moscow's forces from an island in the Black Sea seemed to ease the threat to the city.