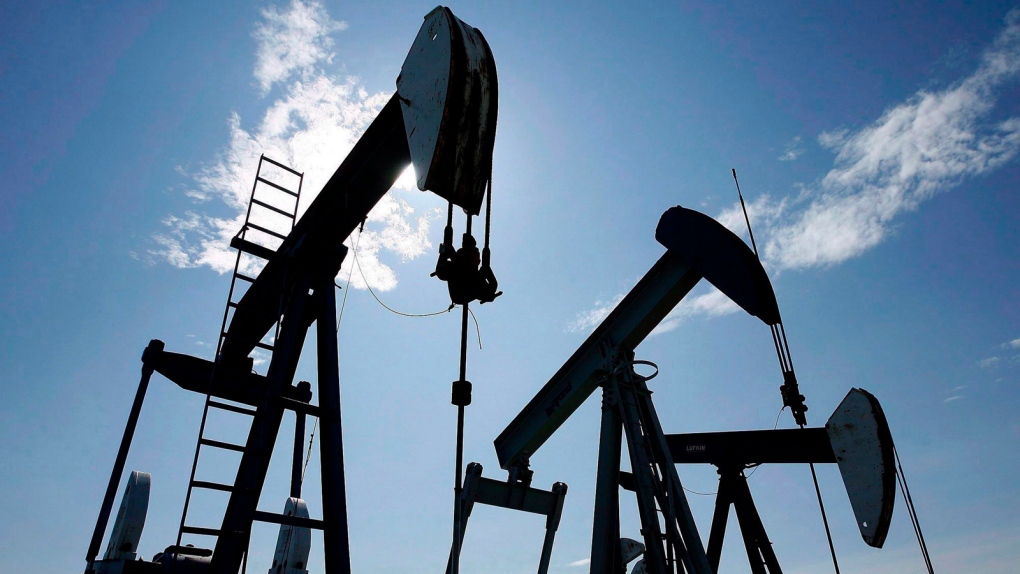 A new report says the British Columbia government gives hundreds of millions of dollars annually in subsidies for fossil fuel, including $830 million in the 2017-18 fiscal year. (THE CANADIAN PRESS)

VANCOUVER -- VANCOUVER - The British Columbia government gives hundreds of millions of dollars annually in subsidies for fossil fuel, including an estimated $830 million in the 2017-18 fiscal year, a new report says.

Most of the money goes to fossil fuel producers rather than consumers, says the report released Monday by the International Institute for Sustainable Development, an environmental think-tank.

“If you have a boat and you're trying to use the carbon price to bail water out of the boat, fossil fuel subsidies are kind of like the leak in that boat,” she says in an interview.

“As long as you're funnelling money to an industry that is going to increase use and production of fossil fuels, a carbon price is only going to do so much.”

Royalty reductions made up a major portion of the approximately $830 million in subsidies given in 2017-2018, the most recent year for which data is available, the report says.

The report says oil and gas companies are required to pay royalties meant to provide benefits to B.C. residents, including by helping fund health care and education.

But every year, it says companies claim credits to reduce the royalties they pay. The report estimates B.C. has amassed at least $2.6 to $3.1 billion in outstanding royalty credits.

Energy Minister Michelle Mungall says in a statement that a number of provincial initiatives have been “inaccurately characterized” in the report, though she didn't specify which ones.

She says the CleanBC plan to fight climate change includes a program for industry that will reduce emissions by 2.5 million tonnes of CO2 equivalent per year by 2030.

“We regularly review royalty programs. Our government will keep working hard to keep B.C. on the path to a cleaner, better future that creates opportunities for all,” she says.

The report notes the B.C. New Democrat government has committed to progressive hikes of the carbon tax, but at the same time has introduced or entrenched fossil fuel subsidies in recent years.

The mining exploration tax credit, which helps to subsidize coal, was made permanent in 2019, the report says. Coal exploration increased by 58 per cent the previous year, it says.

B.C. also still exempts emissions from the carbon tax for controlled venting, or the releasing of gases into the air from natural gas operations, according to the report. With new liquefied natural gas facilities under construction, these types of emissions are likely to grow, it says.

The government has also established new subsidies and increased access to existing ones for the liquefied natural gas sector, the report says. This year the province signed an agreement with LNG Canada, a joint-venture group formed to build a major liquefied natural gas project in northern B.C.

The report prompted environmental group Stand.earth to call for the province to end subsidies to the oil and gas industry before the next election.

Berman notes B.C. committed $902 million over the next three years to CleanBC, only a little more than the $830 million the report says it gave fossil fuel polluters in 2017-2018.

“We cannot be getting off fossil fuels by handing taxpayer dollars to the biggest polluters to help them pollute,” Berman says.

“We need to be using taxpayers' money to build the cleaner and safer economy that we want, and yes, we need to be increasing the cost to pollute.”

This report by The Canadian Press was first published Nov. 25, 2019.