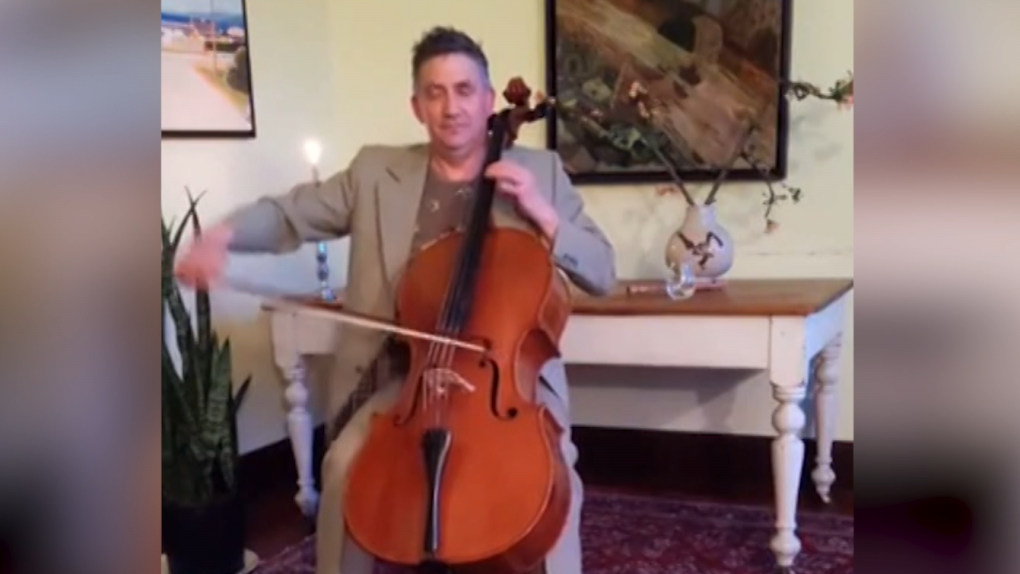 Nicholas Simons is pictured in a still image from video posted on his Facebook page on Saturday, April 4, 2020.

VANCOUVER -- For many, spending more time at home and less time socializing has encouraged them to try a new hobby or reconnect with a once-loved pastime.

The sudden increase in time spent indoors prompted Nicholas Simons to pick up his cello, and share his musical talent with constituents.

The Powell River-Sunshine Coast MLA hosted an online concert from his home over the weekend, serenading his 2,300 followers with his cello.

He said he plans to hold a weekly concert live on Facebook.

Each is around 30 minutes, and the musical selection ranges from Bach to Coldplay.

His Saturday show, the third he's posted so far, was viewed by 6,300 Facebook users.

Pfizer or Moderna for your booster shot? B.C. immunologists weigh in