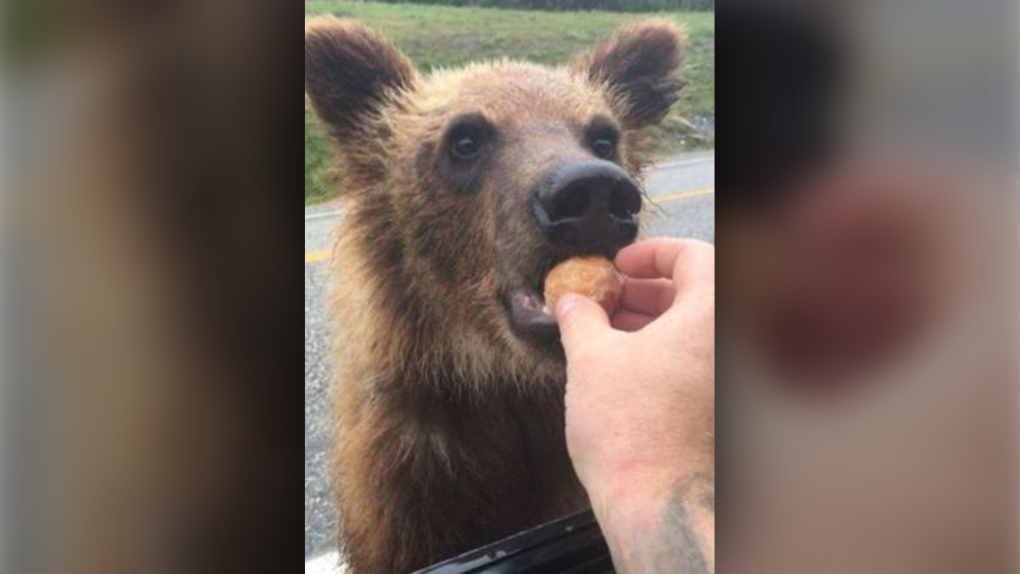 Randy Scott has pleaded guilty for unlawfully feeding wildlife after he posted photos showing a bear being fed a Timbit on a B.C. road. (Facebook/BC Conservation Officer Service)

A Victoria man who posted photos of himself feeding bears doughnut holes and hot dogs on social media has pleaded guilty.

Randy Scott, 31, was charged under the BC Wildlife Act for unlawfully feeding bears in October 2018.

At the time the charges were laid, the BC Conservation Officer Service said Scott and his co-accused, 27-year-old Megan Hiltz, were feeding bears from their vehicle as they drove along the Alaska Highway.

It said they were tipped off by the public once the photos were posted on social media.

In the post, which has since been removed, Scott wrote he had a "thousand timbits ready for bear feeding." 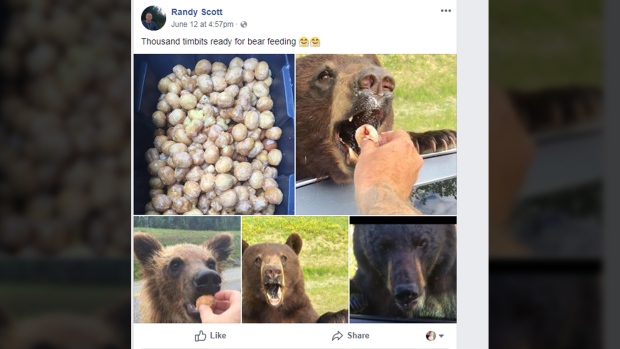 On Tuesday, Conservation officers posted on Twitter that Scott has pleaded guilty in a provincial court and has been slapped with a $2,000 fine and ordered to stay at least 50 metres away from bears for six months.

According to BC Court Services, the charge against Hiltz was stayed Tuesday.

The BC Wildlife Act prohibits people from intentionally feeding or trying to feed dangerous wildlife like bears and cougars.

On Aug 22/19, the individual who posted pictures on social media of himself feeding bears along the Alaska Hwy and, therefore, was charged by BCCOS for unlawfully feeding bears pled guilty in Prov Court & was fined $2k & ordered to stay away a min of 50m from bears for 6 months. pic.twitter.com/uBUmEVWwld

This is not Scott's first brush with the law.

In 2013, he was charged with dangerous driving after a video of a motorcycle racing nearly 300 kilometres an hour in Greater Victoria attracted hundreds of thousands of views online.

While police believed he shot the video, they couldn’t prove that he was driving the bike at the time and Scott was acquitted of the charges.

Then in 2015, police seized Scott's 2005 Lamborghini for going twice the posted speed limit on the Trans-Canada Highway in Saanich.