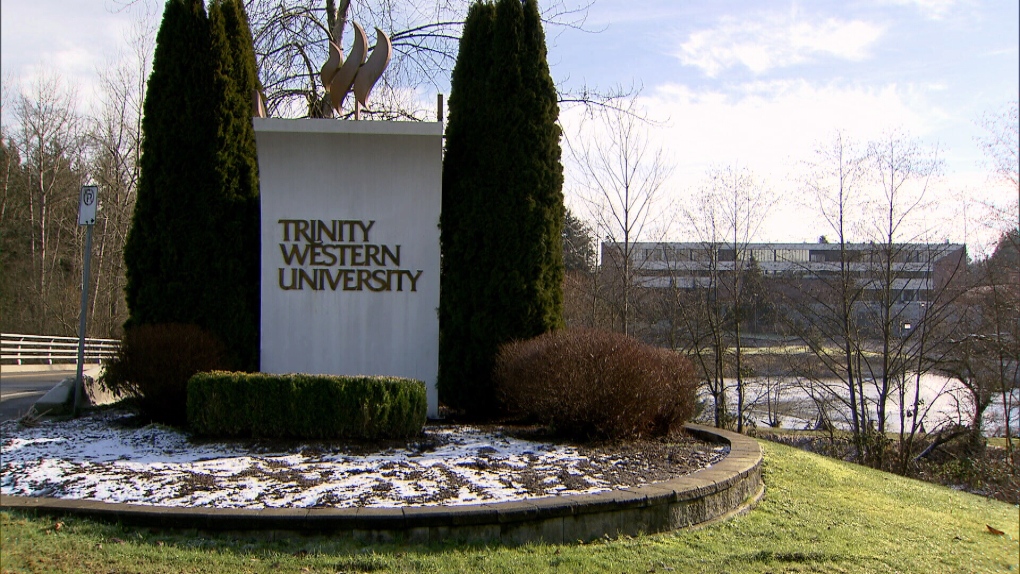 Trinity Western University is seen in this undated photo.

VANCOUVER -- Lawyers in British Columbia have rejected a Christian university's plans to open a law school -- a result that, while not binding, represents a strong rebuke of the school's policies forbidding sex outside heterosexual marriage.

The vote is the latest setback for Trinity Western University, a school with about 4,000 students in B.C.'s Fraser Valley, and is sure to amplify an ongoing debate over the rights of a private institution to impose its religious views about homosexuality on students.

The university, which plans to open a law school in the fall of 2016, requires students to sign a so-called community covenant. The document includes a passage that forbids sex outside of marriage, defined as between a man and a woman, and students can be disciplined for violating it.

The Federation of Law Societies of Canada and the Law Society of B.C.'s benchers have already voted to accept graduates of Trinity Western, which has also been accredited by the province's Advanced Education Ministry.

But more than a thousand B.C. lawyers signed a petition asking that the issue be put to the B.C. society's general membership, which happened at various locations through the province on Tuesday.

Lawyers voted 3,210 to 968 in favour of a motion calling on the society's benchers to reject the school.

The vote doesn't have any immediate effect, but the results will likely put considerable pressure on the law society's benchers to reconsider their earlier decision.

If the benchers don't substantially implement the results of the vote within a year, lawyers can submit another petition that could trigger a binding referendum.

Before Tuesday's vote, Trinity Western president Bob Kuhn urged the law society not to stand in the way of the university's plans.

"What is at stake here is the right to hold a belief, unpopular as it may be, and maintain it as a standard, as an ethos for its university environment," said Kuhn.

"A vote to disapprove TWU's law school communicates to TWU, its religious community and many other men and women of faith that they're not welcome to engage in the public square of Canadian pluralistic society."

The school has launched legal challenges of the decisions in Ontario and Nova Scotia.

If the B.C. law society's benchers implement Tuesday's vote, a similar challenge is almost certain to be filed in the province. In addition, Toronto lawyer Clayton Ruby has filed a lawsuit in B.C. objecting to the provincial government's decision to accredit the school.

The issue could very well end up at the Supreme Court of Canada, which has previously ruled in the school's favour on the very same issue.

In 2001, the court overturned a decision by the B.C.'s teachers' college to reject the school's teaching program.

The university's president said the high court's ruling remains the law, while opponents argued much has changed since the 2001 judgment, which occurred before a string of court cases that led to the legalization of same-sex marriage.

Lawyers who spoke against the school on Tuesday frequently invoked historic struggles for the rights of black people, women and other groups, while also noting that gay, lesbian, bisexual and transgender people still face discrimination today.

"I support religious freedom: you have every right to believe that I am a sinner," barbara findlay, a self-described "lesbian lawyer" who spells her name in lowercase letters, told her colleagues.

"But when your discriminatory beliefs turn into actions that discriminate against me, then that's where you've crossed the line."

"In effect, (a vote against the school) will be saying that all lawyers in B.C. must believe in same sex marriage."