B.C. is still in a state of emergency after 34 weeks 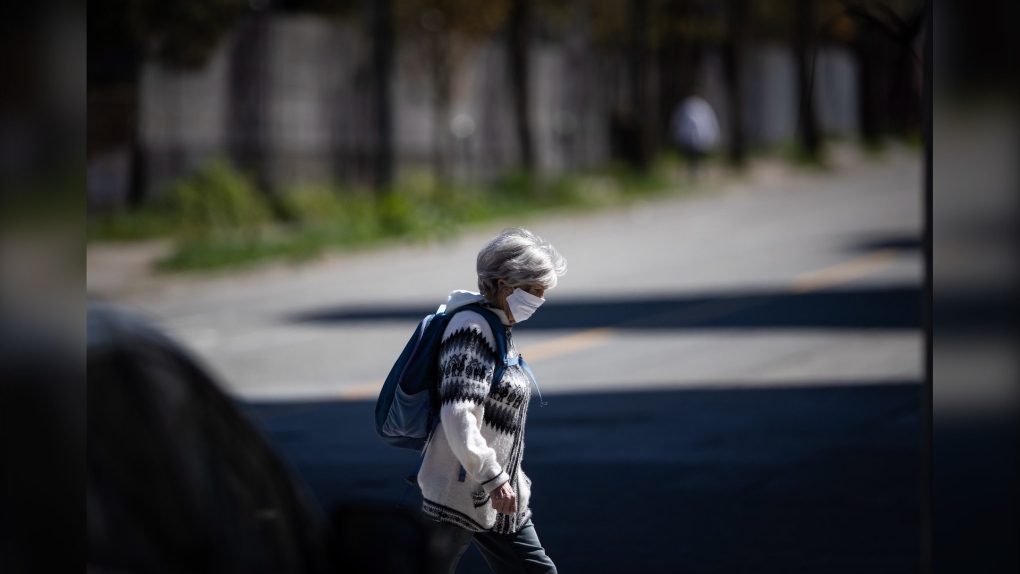 A woman wearing a fabric mask on her face walks in downtown Vancouver, on April 16, 2020. Infectious disease experts say provinces looking to relax restrictions related to COVID-19 need to consider their neighbours in those decisions. (THE CANADIAN PRESS/Darryl Dyck)

VANCOUVER -- British Columbia will remain in a provincial state of emergency for at least another two weeks, officials confirmed Tuesday afternoon.

In a news release, the province announced the state first declared in mid-March has been renewed.

The maximum period these states of emergency can be put in effect in advance is two weeks, after which they come up for renewal again.

That means Tuesday's declaration will be in effect until Nov. 24, when the province will decide whether to call it off or renew it again.

The province has been in such a state for 34 weeks, and Tuesday's is the 18th renewal.

Prior to the COVID-19 pandemic, B.C.'s longest state of emergency on record was in 2017, and was prompted by a particularly bad wildfire season.

A state of emergency allows the government to "implement provincial emergency measures and allows access to assets that may be necessary to prevent, respond to or alleviate the effects of an emergency," the Ministry of Public Safety says.