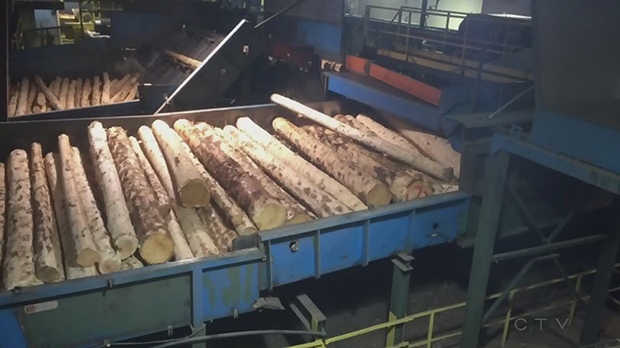 FORT ST. JAMES, B.C. - The small community of Fort St. James, B.C., has declared a state of local financial crisis in the wake of the closure and recent sale of its largest sawmill.

Mayor Bev Playfair signed the declaration this week, less than a month after Conifex Timber Inc. announced a $39 million deal to sell its sawmill to Oregon-based Hampton Lumber.

The sawmill is a major employer in the north-central B.C. town of about 1,600 and remains closed prompting the declaration which will remain in effect until Aug. 15, unless cancelled by the mayor.

In its declaration, the district is asking for all levels of government for support "to protect the health, safety or welfare" of its people, and has attached a list of resources, including family assistance, tax deferral and employment support programs.

A statement from the District of Fort St. James says it will work with the governments and support organizations to help area workers and contractors until the financial crisis is resolved.

Canfor, Conifex, Louisiana-Pacific, Norbord, Tolko and Aspen Planers are among the forestry companies that announced shift reductions, layoffs or total closures at mills around B.C. over the last several months.

When the Conifex sale was announced in June, company chairman Ken Shields called the decision "difficult," but said it was almost inevitable because too little saw log supply is available to maintain the existing manufacturing base in the Interior region of B.C.

Hampton Lumber CEO Steve Zika pledged to build a new mill in Fort St. James but didn't offer a timeline, noting in a statement that the long-term outlook for Canadian lumber is "promising," while current economic conditions are challenging.

The district's declaration of financial crisis also includes an announcement of a planned job and service fair aimed at helping laid-off workers transition to new employment.