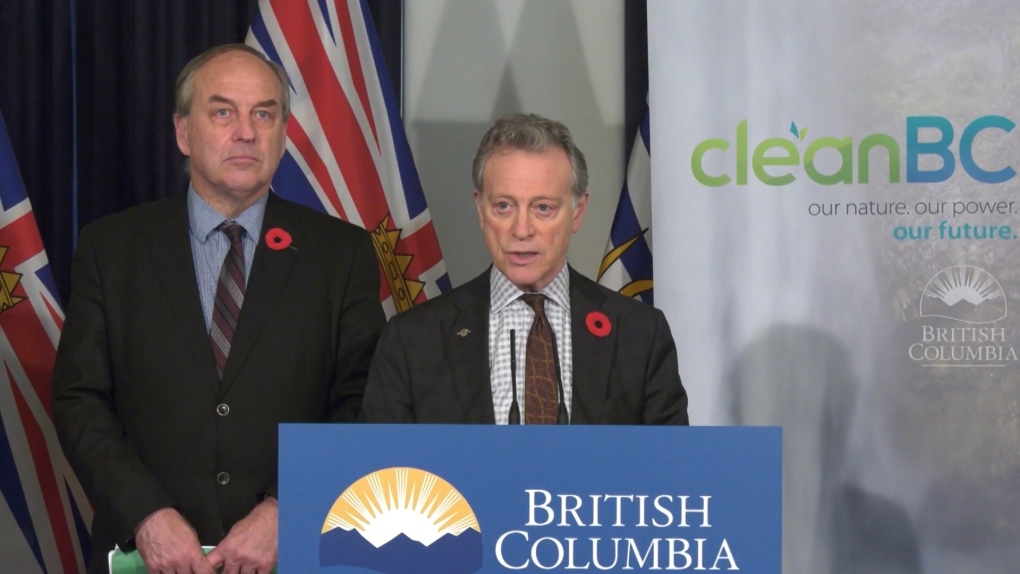 VANCOUVER - The B.C. government announced Wednesday that it would soon adopt new rules designed to ensure the province is on track to reach its targets in the fight against climate change.

To meet its emissions reduction goals, the province will establish interim targets before the end of 2020. It will also establish emissions targets for specific sectors of the provincial economy by no later than March 31, 2021.

“People across this province, and especially young people, are demanding we take the climate crisis seriously and that we make sure everyone works together to secure a stronger, cleaner future," Heyman said in a news release. "That’s why we will work with communities, people and industry to put in place targets for each sector. What’s more, we’re mandating that the steps we’re taking are reported to the public every year, by law.”

In addition to establishing the interim targets, the legislation will create "new reporting requirements" for emissions reduction efforts, requiring documentation of their cost and how they will achieve legislated targets.

The province's current target for emissions reduction is 40 per cent below 2007 levels by 2030.

In a release, Andrew Radzik of the Georgia Strait Alliance lamented that the province didn't reassess its overall target for 2030, despite warnings from the Intergovernmental Panel on Climate Change that emissions must be reduced to net zero by 2050 if humanity is going to avoid the worst impacts of climate change.

"By 2050, the gap between our existing emissions target and what they science says is needed will be 12.6 Megatonnes of carbon," Radzik said. "Closing that gap is a challenge B.C. did not take up today. We are disappointed that B.C. did not choose to put a mechanism in place to reassess their climate targets in the light of the best available science, and will continue to advocate for them to do so.”

Radzik did also offer praise for the plan, saying that his organization applauds the government for putting in place "strong measures to make sure we stay on track to reduce emissions."

West Coast Environmental Law Association shared similar sentiments in its own response to the government's announcement.

"B.C. has failed to achieve its long-term climate goals because it has not consistently developed and implemented meaningful plans to achieve them," said Andrew Gage, a staff lawyer for the association. "Because the goals seemed far off, governments felt that they could ignore them in favour of short-term priorities. We are glad to see the current government reject that approach."