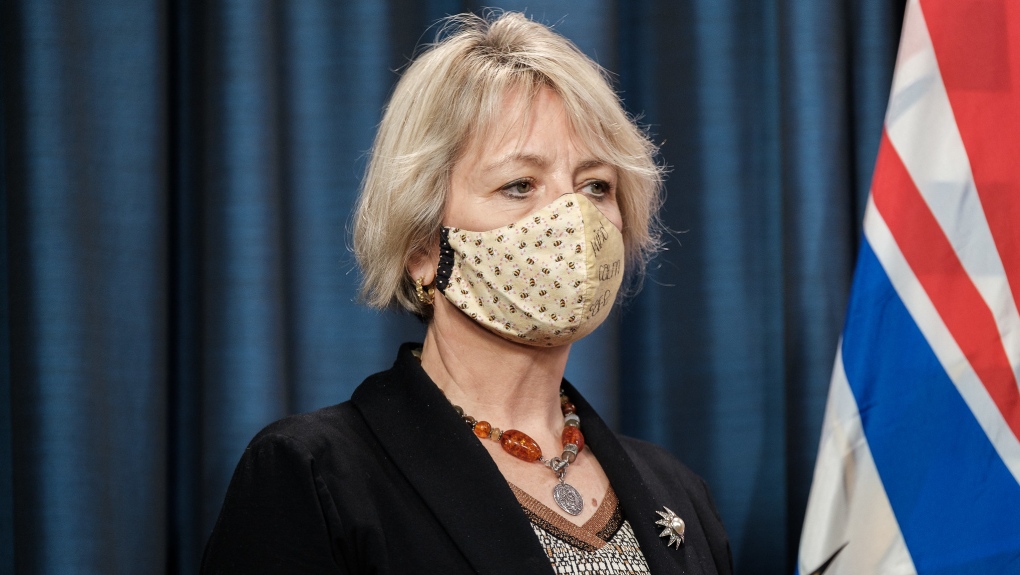 During her first COVID-19 update of the week on Monday, Dr. Bonnie Henry referred to an anti-mask demonstration that drew hundreds in Vancouver over the weekend.

Henry said even though those balking at B.C.'s mask requirements make up a relatively small group, it's still frustrating for health officials.

"It does increase one's rage factor, especially when I know there are people who are working day and night in our health-care system caring for people with COVID," she said on Monday. "It really, in some ways, is a slap in the face."

Some participants at Saturday's rally outside the Vancouver Art Gallery heard from Mark Donnelly, who formerly sang the national anthem at Vancouver Canucks games. The local celebrity was recently fired from his role for participating in the event.

"I'm standing up against what I feel is tyranny, plain and simple," Donnelly told the crowd on Sunday, adding his view that distancing, masks and restrictions are "ineffective and unnecessary."

Henry said she acknowledged the right to a peaceful demonstration, especially if it's small, outside and isn't putting others at risk. But even with an outdoor rally, Henry warned the risk of transmission is significantly higher this time of year, especially as cases are increasing.

"So, I don't condone them," she said about the demonstrations. "I think the other thing we're seeing is that most people are doing the right thing, recognizing that … wearing a mask protects everybody."

Currently, masks are required by provincial health order in all of B.C.'s indoor public spaces with few exceptions for medical reasons. Those who don't wear a mask in those spaces can receive a fine.

Gen Z on deck as B.C. opens vaccine booking to everyone 18 and up