After being called 'terrorists,' B.C. brothers organize event to talk about Islam 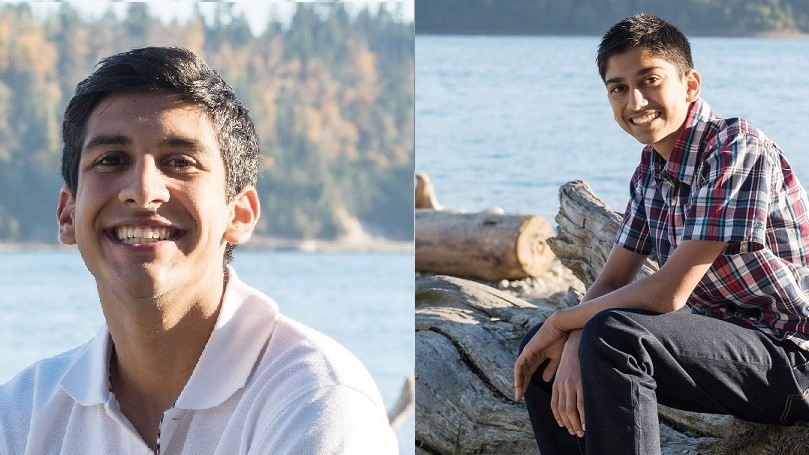 Kian, left, and Razaan Lalji organized a public talk in West Vancouver in the hopes of countering some of the negative stereotypes of Islam. (Supplied)

VANCOUVER - When Kian Lalji was in eighth grade, some friends jokingly called him a terrorist.

Lalji, who is now 17, laughed it off – but later, the comments bothered him.

"I treated it as a joke early on and I wasn't actually sure if it was a joke, or whether people actually think that's what Muslims are," Lalji said.

Being called terrorist as a joke is something Kian's brother Razaan has also experienced. "When you think about it, if you're to be called a terrorist simply because of the colour of your skin," he said, "Obviously, the mentality of the people making these jokes is that if you are brown, you are more likely to be a terrorist."

The Sentinal Secondary students organized a public talk in West Vancouver in the hopes of countering some of the negative stereotypes of Islam. Harvard professor Ali Asani, Senator Mobina Jaffer and Patrick Weiler, the Liberal MP for West Vancouver-Sea to Sky, presented at the event Sunday held at the West Vancouver Community Centre.

Senator Jaffer is familiar with the stereotypes. She took a high-profile job at a time when terrorism was on the minds of many.

“I’m the first Muslim senator in Canada and it was a week after 9/11 so you can imagine the challenges,” said Jaffer.

She took part in the event to share her experiences and make a difference.

“We need to change the narrative because people think Islam is extremist,” she said.

Professor Asani spoke about the importance of embracing each other’s differences.

“When you target somebody just on the basis of their religion, their race and that becomes a label, you are actually, in effect, dehumanizing them," Asani said. "You are stripping them of their humanity."

The talk was titled "Understanding Islam in a World of Fake News and Stereotypes." The brothers say they don't think that people who call them "terrorists" have a negative view towards Muslims, but they believe the comments show ignorance and that people are being manipulated by "fake news" in the wake of the election of U.S. President Donald Trump in 2016.

Trump's rhetoric had Kian and Razaan, who hold American citizenship, wondering if they would be able to visit the United States in the future.

"I find that Islam is perceived through the media as a religion that's associated with violence and oppression against women, and I find that the media doesn't portray the ethics and values of Islam," said Kian. 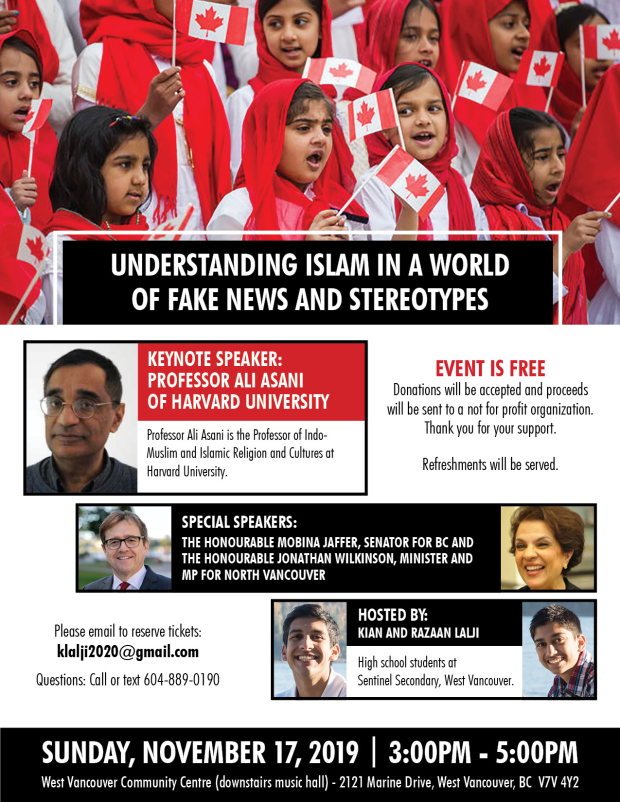 A poster for the event the Lalji brothers organized.

"I feel that it's important that we learn about Muslim civilization because we're sort of just subject to the bad parts of it," Kian said.

Beyond organizing the talk, Razaan said he'd like to see information about Islam and other faiths from around the world included more prominently in B.C.'s school curriculum.

"The way that Muslims are perceived in the media has influenced so many people, including us," said Kian. "I think that's really important for us to discuss."

Both Jaffer and Asani agree.

“That is a goal that education systems around the world need to take very seriously,” said Asani.

“It would only empower the children,” said Jaffer.