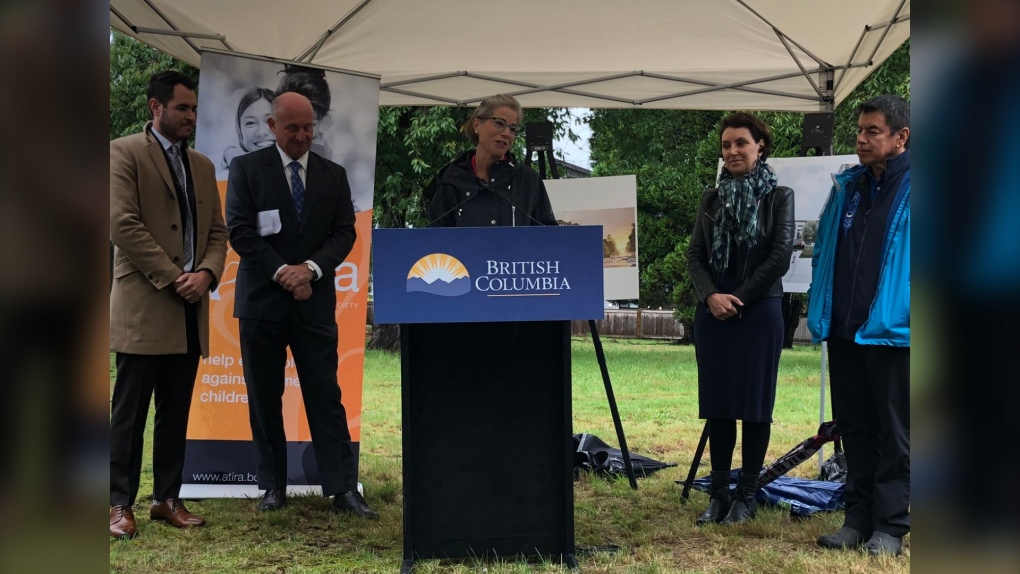 More than 80 new affordable rental homes are coming to Port Coquitlam, all with a focus on assisting women and children.

Announced Tuesday, the province says it will give $8.3 million to the project, which will be geared towards women in need, including those with children. Rent is expected to range between $375 and $1,550 per month.

"After years of neglect by the last government, many women and their children have struggled to find the housing they need," said Selina Robinson, provincial housing minister, in a news release.

"Through partnerships with dedicated non-profits like Atira, and with the help of municipalities that have stepped up to work with the province, we are delivering safe, secure and affordable homes for people throughout the province."

The housing project – called the Alex – will be operated by Atira Women's Resource Society.

"We are thrilled to be leading this critically important project for women and children who have left the Tri-Cities desperate to find affordable housing and whose support networks remain in the area," said Janice Abbott, CEO of Atira.

"The Alex will help to ensure women have housing options in the communities they call home. Like all affordable housing developments, the Alex has needed the support of multiple partners. Thank you to the province, Metro Vancouver and the city and citizens of Port Coquitlam. We did the right thing and this right thing will change lives."

Metro Vancouver Housing will lease the land at a low rate.

"We welcome projects like this as it's a great example of the province and the city working together to provide affordable housing solutions in Port Coquitlam," said Brad West, mayor for the City of Port Coquitlam.

"This project will help address the housing needs in our community and have long-lasting positive impacts on the lives of many of our residents, in particular for women and children."

Construction is expected to begin next spring.