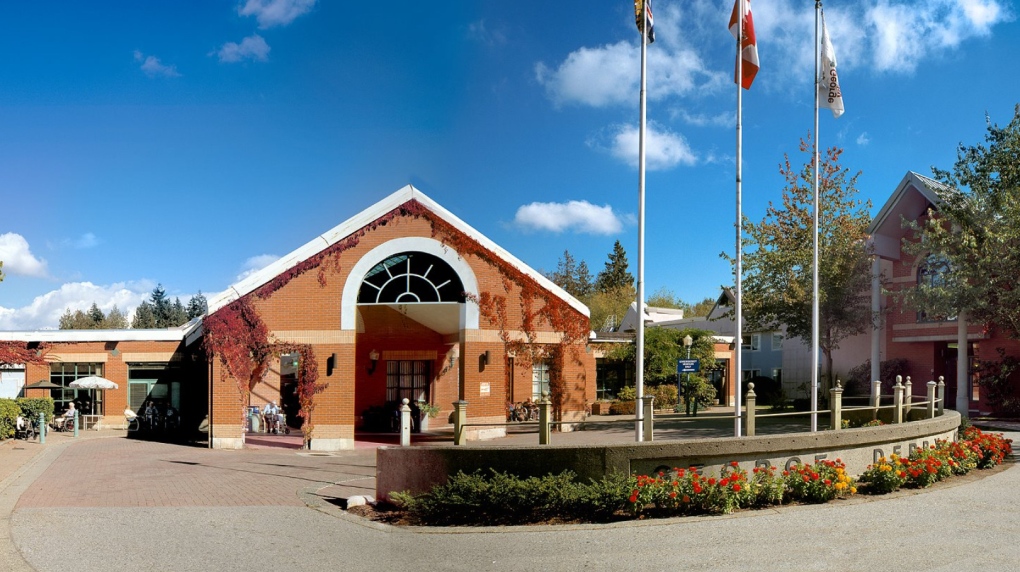 The George Derby Centre in Burnaby, B.C. is seen in an image from the long-term care home's Facebook page.

VANCOUVER -- The latest data from the B.C. Centre for Disease Control shows three long-term care homes in the province with active COVID-19 outbreaks that include more than 100 infections.

Released Thursday, the weekly report shows cases and deaths recorded in care homes as of 10 a.m. on Tuesday.

At that time, there were 23 active outbreaks in care homes in B.C., though one additional outbreak has been declared since then, and one has ended.

The three outbreaks with more than 100 cases are at Royal City Manor in New Westminster, Hilton Villa Seniors Community in Surrey and George Derby Centre in Burnaby.

Royal City Manor has the largest caseload of the three, with a total of 129 people infected - 99 of them residents and the other 30 staff members. The facility added 16 cases to its total between the previous report and the most recent one, and three more residents have died in that time, bringing the death toll at the home to 22.

Hilton Villa Seniors Community added only two cases during the period between the two most recent reports, taking its total from 121 infections to 123. The two latest people to test positive are both staff members, meaning the number of infected residents has not changed. Likewise, no additional deaths have been reported; there are still at total of 16 associated with the outbreak.

George Derby Centre added 10 new cases of COVID-19 and nine more deaths in the most recent report. There are now 104 infections and 27 deaths associated with the care home, which is in the midst of its third outbreak of the coronavirus.

The most recent BCCDC report shows nine more outbreaks that have been declared over in recent weeks. This, after the previous report showed 19 outbreaks concluded over a 10-day period.

On Friday, provincial health officer Dr. Bonnie Henry said 87 per cent of care home residents in the province have received at least a first dose of COVID-19 vaccine, though only two per cent have received their second shot.

Last week, Henry said vaccines had been offered to all care home residents and staff members in the province.