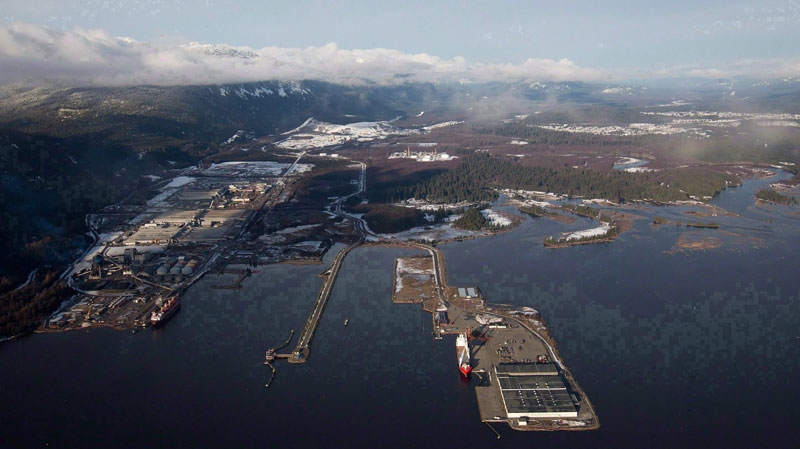 VANCOUVER -- Two men are dead after a tugboat incident south of Kitimat, police in the area confirmed Thursday afternoon.

Less than an hour after midnight, around 12:40 a.m., police received a call from the Joint Rescue Coordination Centre in Victoria saying that an emergency beacon had been activated by a tugboat in the Gardner Canal south of Kitimat, according to a news release from Kitimat RCMP.

Police said a private helicopter spotted a third man on the shore. That man has been transported to a local hospital, according to RCMP.

The tugboat was towing a barge from Kitimat to Kemano, police said. They did not say what the barge was carrying or what caused the men's deaths.

The BC Coroners Service confirmed to CTV News that it had been contacted and would be investigating the deaths.

Police said WorkSafeBC and the Transportation Safety Board have also been notified of the incident and will be investigating.

The JRCC told CTV News it sent a Cormorant helicopter and a CC-115 Buffalo aircraft from 442 Squadron to assist with the search, but the crews' effectiveness was limited by inclement weather.