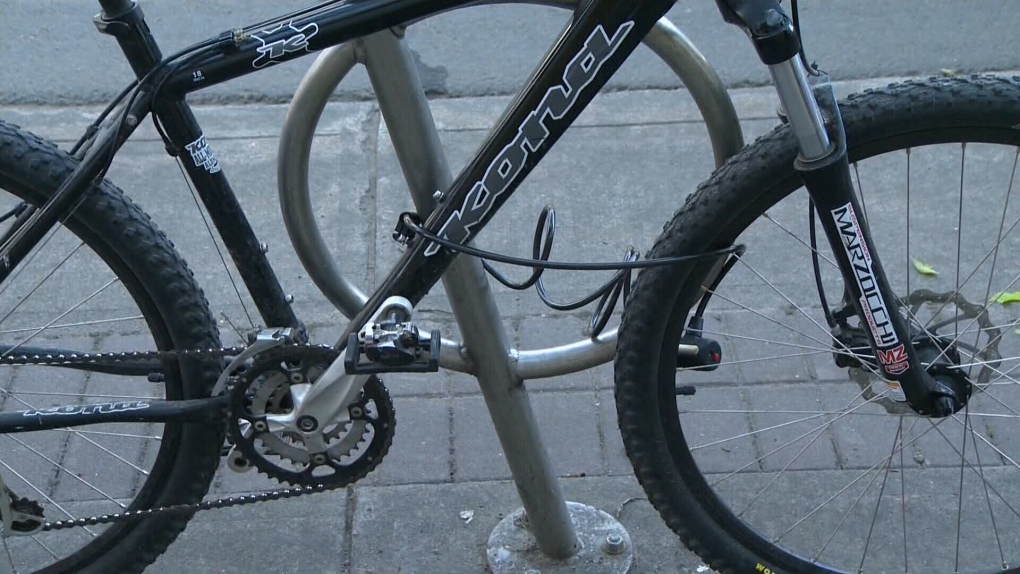 The incident happened in the early hours of Oct. 25. Police said thieves showed up at the apartment building near Nelson and Bidwell streets with tools and suction cups, which they used to quietly remove the glass from a door to the building.

“This is another example of the extreme lengths some offenders will go to in order to commit crimes,” said Vancouver Police Department spokesperson Const. Tania Visintin.

“It shows that even when people take steps to protect their property, some thieves will stop at nothing.”

The thieves stole "several" bicycles that were being stored inside the building, police said.

Images of the thieves were posted on Facebook and Reddit, and were later shared by local media as well. The VPD attributed its arrests in the case to a tip from a member of the public who saw the photos and contacted police.

“Thanks to the tip from the public, officers were able to track down the suspects and recover the bikes," Visintin said.

Two men in their 30s have been arrested, and the investigation is ongoing, according to VPD.

Residents and business owners in Vancouver's downtown neighbourhoods have complained about rising crime in the area, with assaults on strangers and violent shoplifting prompting particular concern.

VPD statistics do not show a significant increase in the number of reported assaults, but violent shoplifting cases (those that involve a weapon or violent conduct) have increased dramatically since 2019.

From January to September, the number of calls for both break-ins declined city-wide compared to the same period of 2020. The 2,768 total break-ins reported during the period in 2021 is also lower than it was in 2019, before the COVID-19 pandemic began, according to VPD statistics.