12th Avenue to reopen as construction wraps ahead of schedule 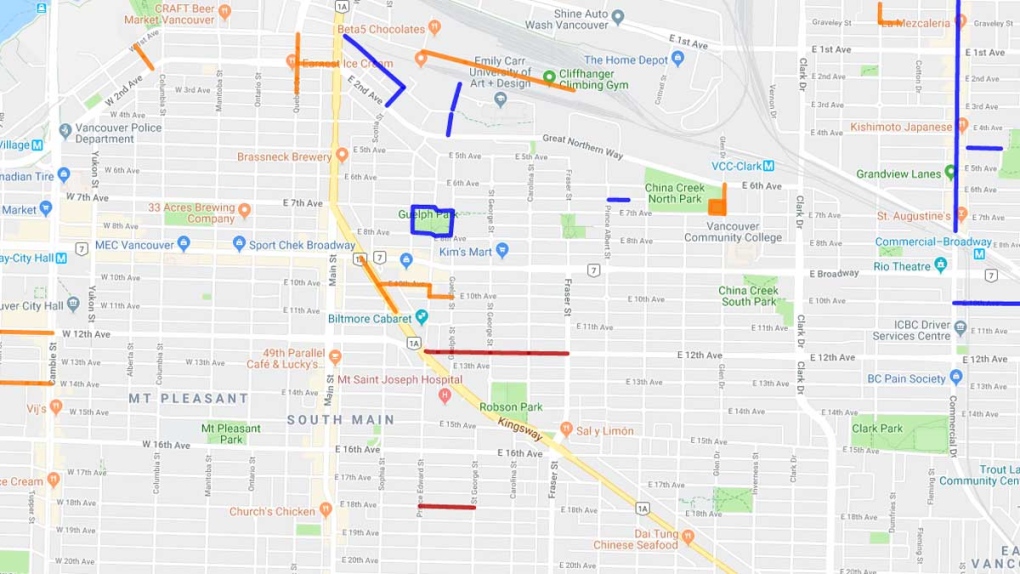 The City of Vancouver's traffic map shows the 12th Avenue closure and others nearby.

A Vancouver construction project at the root of many commuter headaches is ahead of schedule, meaning the road closure will end early, the city says.

A section of East 12th Avenue between Kingsway and Fraser Street has been closed for seven weeks for urgent maintenance.

The city blocked off the area and brought in crews to replace an aging water main following reports of recent leaks.

The pipeline was installed in the early 1900s, the city said on July 3, and was "in critical condition."

Those who lived in the area were still allowed to get home, but otherwise, use of the east-west commuter route was restricted and parking restrictions were put in place.

But in a statement Wednesday morning, the city announced it would reopen to traffic in just a few hours.

Officials said city crews also took advantage of the closure to make other improvements to the impacted four blocks of 12th.

Accessibility and safety upgrades were made to the sidewalks, and a new curb bulge was installed at the St. George intersection to reduce the crossing distance for kids who walk to school.

The city thanked businesses and commuters for their patience during construction.