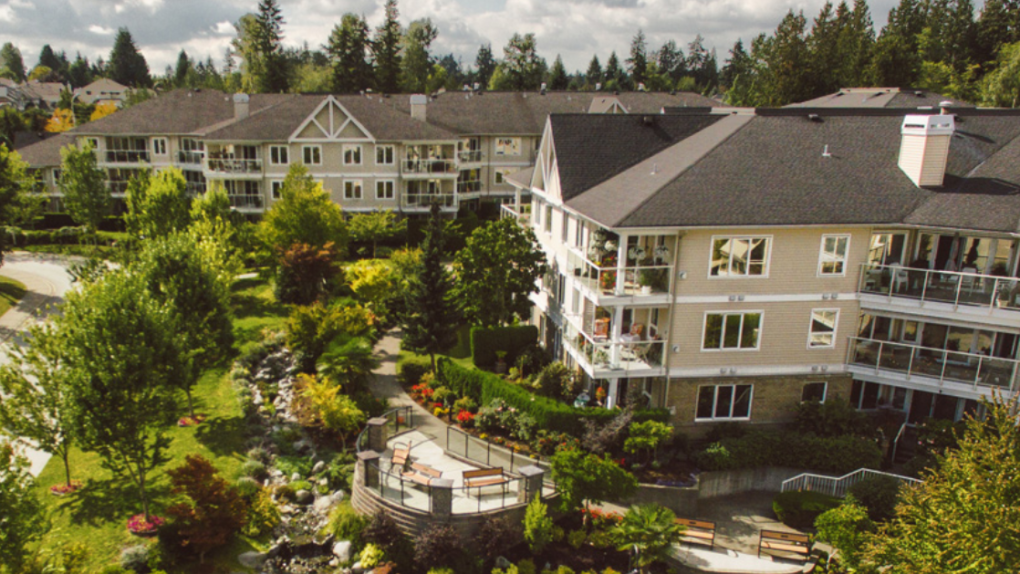 The Elim Village retirement community in Surrey, B.C. is seen in this image from its website. (ElimVillage.com)

VANCOUVER -- A long-term care facility in Surrey has recorded 12 cases of COVID-19 associated with its fourth outbreak of the disease since March.

Seven residents and five staff members at The Harrison at Elim Village have tested positive for the coronavirus, according to an update posted on the facility's website Wednesday.

There are two care home buildings at Elim Village, which is owned and operated by Elim Christian Care Society.

The Harrison, where the current outbreak is located, was the site of an outbreak in March and another one in mid-November. There was also an outbreak in late September at the Harrison West building on the same campus.

According to the Elim Village, the latest outbreak was discovered on Nov. 27, when the facility learned that a staff member had tested positive for the coronavirus.

"We immediately initiated outbreak protocols and worked to identify anyone who may have been exposed, testing staff and residents where appropriate," the facility said in its update. "Some test results confirmed additional positive cases."

Family members of residents who have tested positive have been notified, Elim Village said.

As of Wednesday, there were 54 ongoing outbreaks of COVID-19 in long-term care and assisted-living facilities in B.C.

That includes the outbreak at Elim Village, as well as a newly announced outbreak at Royal City Manor in New Westminster.

One resident at that facility has tested positive, according to Fraser Health.