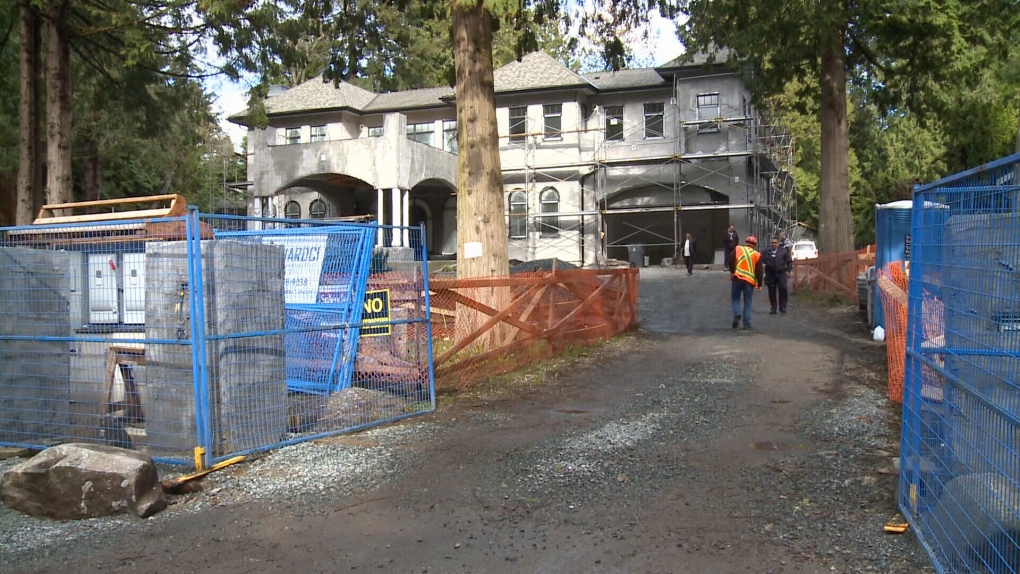 Emergency crews were called to a mansion under construction in Surrey on Wednesday, April 12, 2017.

A worker has died after falling at a Surrey construction site Wednesday afternoon.

Few details are known, but the incident occurred at a mansion in the 3100-block of 137A Street shortly before 4 p.m.

WorkSafeBC told CTV News that the worker was taken to hospital, but died from their injuries.

Sources at the scene said they believe the person who was fatally injured was a man in his 50s.

WorkSafeBC has launched an investigation.