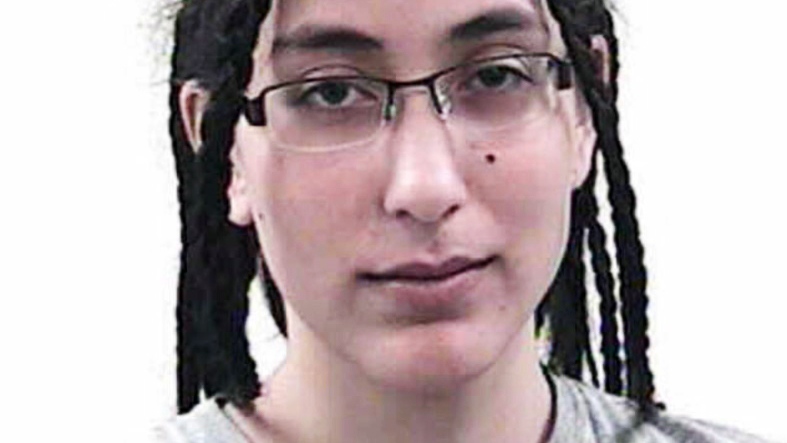 Kayla Bourque, a convicted animal killer with an “escalating criminal history” has been arrested for allegedly breaching probation. March 26, 2015.

A former Simon Fraser University student who killed animals and allegedly fantasized about murdering people has been arrested for breaching probation.

Police confirmed a warrant was issued earlier this week for Kayla Bourque, who was jailed in 2012 at the age of 22 after pleading guilty to slaughtering her family’s dog and cat.

Bourque came onto the police radar during her time at SFU, when a frightened classmate raised concerns about her behaviour to campus security.

A search warrant was executed at her university residence, and officers found what they described as a “kill kit” with a knife, syringe, restraints, black gloves and a demon mask.

She allegedly told friends she wanted to “get a gun and kill homeless people,” and to slay members of her adoptive family, according to the documents.

An SFU professor said Bourque took an interest in criminology, and particularly in serial killers.

Bourque was convicted of injuring an animal, causing unnecessary suffering and pain to an animal, and possession of a knife for a dangerous purpose. She was sentenced to eight months in jail with three years’ probation, and was released into Metro Vancouver in early 2013, sparking fear in the region as her whereabouts were undisclosed.

Authorities assured she was under regular surveillance to ensure she abided by her conditions, which include a 6 p.m. curfew and bans on owning Internet-capable devices or animals.

She is also ordered not to associate with minors or visit areas where they’re likely to be present, such as schools or swimming pools.