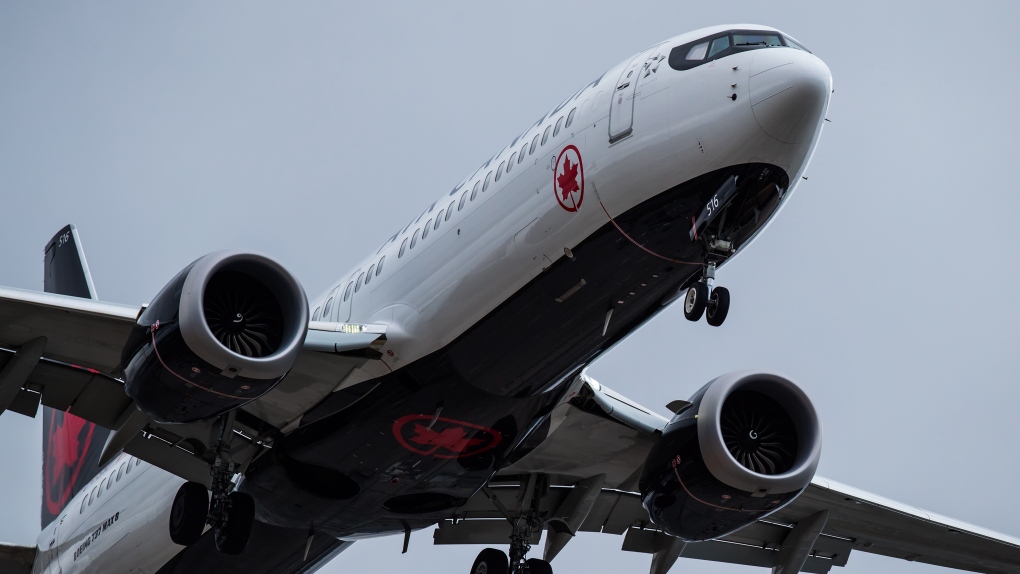 VANCOUVER -- The woman who is the sixth person in B.C. confirmed to have COVID-19 travelled from Montreal to Vancouver on an Air Canada flight on Feb. 14, according to a memo the airline sent to staff on Saturday.

B.C.'s Ministry of Health confirmed that the passenger was the same person announced on Thursday as the province's sixth COVID-19 patient. B.C. health officials have already contacted everyone who was at risk based on the patient's flight itinerary, according to the ministry.

The woman lives in the Fraser Health region and went to hospital after showing mild symptoms of the novel coronavirus after returning from her trip. After a test for COVID-19 came back with a positive result, she was sent home where she now remains in isolation. B.C.'s provincial health officer, Dr. Bonnie Henry, first announced the case on Thursday.

In the memo, Air Canada told staff that "as per normal procedure, the British Columbia Centre for Disease Control advised us in order to follow the standard contact tracing procedures that are implemented any time a passenger is identified as having tested positive for any infectious disease.

"The same procedures that are followed when we have a passenger diagnosed with much more infectious diseases such as measles or tuberculosis.

"As per their procedures, BC CDC will contact only the crew serving the relevant section of the aircraft and the passengers travelling in the three rows immediately in front and behind the infected passenger. Although there will be no follow-up with our other crew as per the BC CDC, we've elected to advise the entire crew, as well as the pilots of that flight."

In the memo, Air Canada told staff the risk is considered low enough that crew members are not advised to isolate themselves, but should self-monitor for any symptoms for 14 days, starting on the day of the flight. The airline also said that crew are not required to stop working on flights, but could choose to stop working for the 14 day period.

The five other patients in B.C. who have tested positive had all either travelled to China or been in close contact with others who had. Health officials said the sixth case also stood out from the previous five because the woman appears to have had milder symptoms than previous cases, and because she had been travelling in Iran, not China.

On Thursday when the sixth case was first announced, Henry said health officials will be doing a "detailed investigation both here in Canada and tracing her travel all the way back to Iran."

Henry described the case as a "sentinel event" and described it as "a marker that something may be going on, broader than what we expect."