Will 4/20 event be moved out of downtown Vancouver? 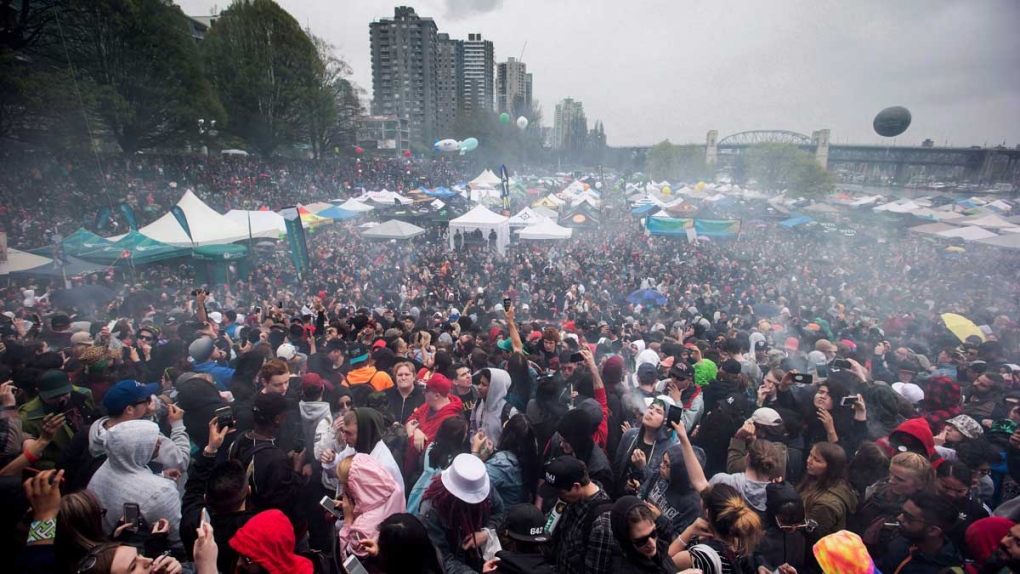 A cloud of smoke hangs over the crowd as thousands of people smoke marijuana during the 4/20 annual marijuana celebration, in Vancouver on Friday, April 20, 2018. (Darryl Dyck / THE CANADIAN PRESS)

The City of Vancouver is looking at moving a massive annual pot party out of the downtown core.

Council is considering relocating the April 20 event from Sunset Beach somewhere else, though the exact location is still to be determined.

Members voted Wednesday night to support a motion to help the park board move the 4/20 celebration.

The motion submitted by Coun. Sarah Kirby-Yung was referred last month to the city's standing committee on policy and strategic priorities.

She wrote that organizers intend to hold the 2019 event at Sunset Beach for the fourth year in a row because another location has not been made available by the city. Smoking and vaping cannabis is prohibited on Vancouver beaches, and many residents of the city's West End have voiced concerns about air quality, noise and vandalism as a result of the party.

Last month, the park board passed a motion asking the mayor and council to consider alternate venues, with the goal of moving it somewhere else by next year.

Where exactly the event could be held is not yet known. Some had suggested the grounds at the PNE, but earlier this week, the board passed a motion that Hastings Park would not serve as a relocation site.