Why do crows attack? Expert weighs in on avian dilemma 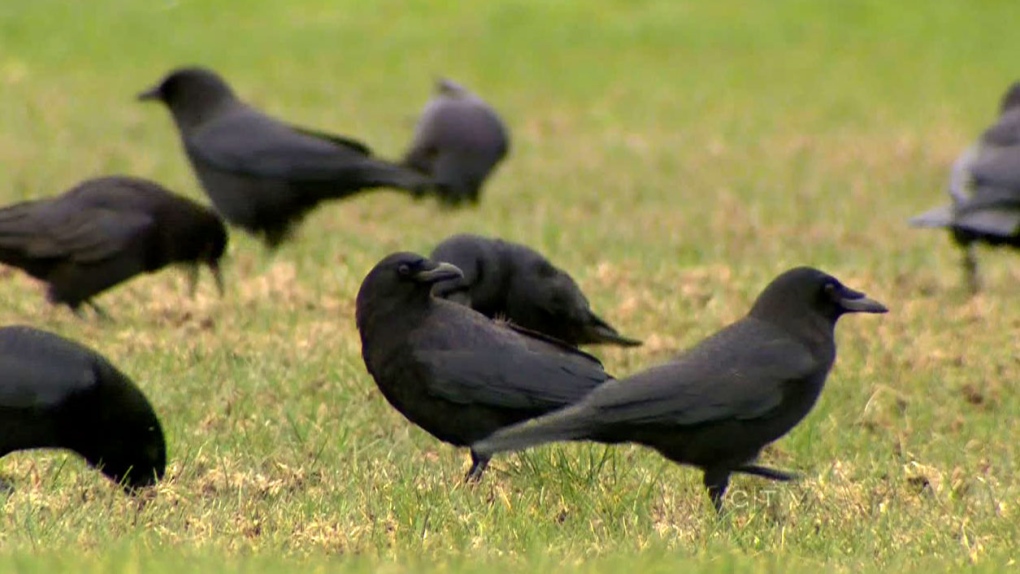 I was running along Vancouver’s Kitsilano Beach on a glorious summer day when it happened: something angry, feathered, and fast swooped down from behind me, mere millimetres from my head.

“Caw, caw!” cawed the crow, landing on a bench, challenging me with its beady eyes.

“What the f**k,” I shouted, shocked. I had been dive-bombed by a crow for the first time in my life, and I was not pleased.

Thrown off my rhythm and jolted from my runner’s high, I decided to change my return route to avoid another incident on the way home. Clearly the crow was threatened – it was nesting season, after all – and so I overshot the scene of the crime by a solid 50 metres.

Four days later - once the trauma had subsided - I set off to Kitsilano Beach for another run. Was I afraid of the crows? No way. Okay, a little. A lot. But I had a plan.

As I approached the danger zone, I slowed my place and let a slower male runner pass me. If a crow was going to attack, this man was going to be the victim, not me (yes, I baited another runner, but it was in the name of science). I watched nervously, but the man ran peacefully by.

Relieved, I resumed my run – but the crow (and karma) got me. I was dive-bombed again, and this time the crow clawed my hair. 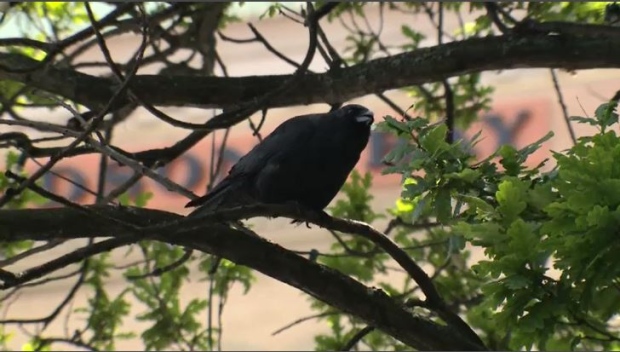 I may have let the matter go, had I not been chased multiple city blocks by two angry crows a month later. Suddenly, I became a nervous person: the sound of a caw could stop me in my tracks, have me anxiously looking around me for the perpetrator. Spring was over, nesting season should have past: so why was I still getting dive-bombed by Vancouver’s crows?

Working in the media, I have learned a lot about crows and their feisty attacks on Vancouver residents during the nesting period. I read about Langara College’s CrowTrax, an interactive map that allows people to mark the location and severity of the crow attacks. I knew crows like shiny objects, have good facial recognition, and are clever birds – but it wasn’t enough information.

A woman on a mission, I called Wayne Goodey, a zoology lecturer at the University of British Columbia with an extensive background in the study of animal behaviour, to find the answers to my most pressing questions.

Why do I keep getting attacked by crows when I’m running? Are there more attacks than normal this year?

It’s hard to know whether the frequency [of crow dive-bombs] is higher or lower than normal because these things aren’t really monitored very carefully. Some things make it in the media and become widely known, but it’s not necessarily an indication of a general pattern.

Could a crow actually hurt you?

Crows are not really capable of violent attacks, they can’t cut you up the way a hawk or an owl potentially could. All they’re trying to do is make life unpleasant for you. They’re defending space, they’re defending food sources, they are defending their recently fledged young. Some of the pairs that started breeding later in the season probably still have babies that are not really flying yet, and the parents are just trying to keep people away from them. It’s more an annoyance than anything else.

I have a lot of long, curly, red hair. Does this have anything to do with why I’m being swooped so much?

A lot of the cases of running dive-bombing are women - and in some cases men these days - wearing their hair in a long ponytail. It bobs up and down and gives the appearance of being perhaps a squirrel or something like that. Squirrels are notorious egg predators and killers of chicks in the nest, and if the crow catches the ponytail out of the corner of its eye it’s not surprising that they would get upset. It might remind them of the tail of a cat or a dog running around, and they obviously have good reasons to be afraid of cats and dogs. I doubt the colour would have an effect on them, it’s more probably the movement and the shape and the texture of your hair.

I know crows have facial recognition, could they have marked me?

It’s a possibility. And it would depend also on how frequently you go to that area, because crows stick in one place and defend an area for feeding and breeding… But the only way to evaluate would have been if you sent in people who were deliberately similar in appearance to you, or deliberately not similar to you, then see whether you get a differential reaction from the bird.

Well, I sort of baited another male runner and he was fine, and then 30 seconds later I got swooped.

(Laughs) In that case I think you would be more consistent to argue it would be the movement of your hair or something of that nature that would upset the crows more.

If you’re being swooped – especially if they’re being very aggressive – what do I do? I don’t want to hit it and end up accidentally killing a crow.

I think it’s very unlikely you would be able to get them, they’re pretty agile. In the time it would take you decide to take a swing at them and then take a swing they would be five metres away from you. When they attack it’s more to annoy than to inflict injury - all they’re trying to do is move you along and make sure you get out of the area as quickly as possible. So the more annoying they are, the more likely it is that you move along, and that’s enough to satisfy them. That usually switches off the aggression right away.

So the best thing to do is keep running?

The simplest way is to keep moving, because probably within a few tens of paces or so you’ll be out of their area, and they’ll be less interested in you. As well, if you stop and stare at a crow they become much less aggressive to you. There’s a recognition that they are now being watched, and when they are being watched their behaviour changes. They can’t sneak up on you anymore and so therefore they’re cowed a little bit, they become not frightened, but at least uneasy about further attacks because they believe that you’ve got them in your sights… So if you stop and stare at them it might be enough to upset them and stop them from coming back.

Someone told me to keep some peanuts with me and throw them if I’m being swooped – is that a good idea?

I think you can sometimes distract them with food, that’s a possibility. But I think in some cases if you throw something in their general direction - especially if they’ve already been attacking you and have a reason to think you’re a threat - they’re going to assume it’s some sort of a weapon or something like that. So I don’t think peanuts would necessarily be very effective.

Are there certain “caws” that may indicate a crow is getting ready to attack?

That question is really a can of worms. There has been lots of research done not only on crows, but on ravens, which are in the same family. So far it’s not quite clear… And if the crow is going to swoop down and attack you, usually it does quietly. It may caw after the swoop, when it goes away and lands somewhere and yells at you. But before the swoop they don’t call, and I think that’s because it’s easier for them to swoop you if you don’t know they’re coming, because then you could turn around and swing at them.

When are the crows going to stop being so on edge?

It’s hard to know exactly when breeding stops. Once breeding happens in the spring the babies are in the nest for two to three weeks, and then once the babies fledge (leave the nest) they don’t become fully independent - they hang around and beg food from the parents - but the parents will probably stop defending them within the next month or so. And then of course they become much less attached to areas they have been using for breeding, because once the breeding season is fully completed there’s really no reason for them to be defending that space. They’ll still hang around that space to make sure they can get access to it for next year, but they’re not likely to be actively defending anymore. I would think within the next few weeks you would see a lot less [dive-bombing]: but you should still really consider wearing a baseball cap and putting your hair in a bun when you run.

[Journalist’s note: Since speaking to Goodey, I have begun wearing a baseball cap, tying my hair into a low bun when I run, and making stern eye contact at suspicious looking crows. I have not been swooped again.]