What's behind the colourful crosswalks in Marpole? 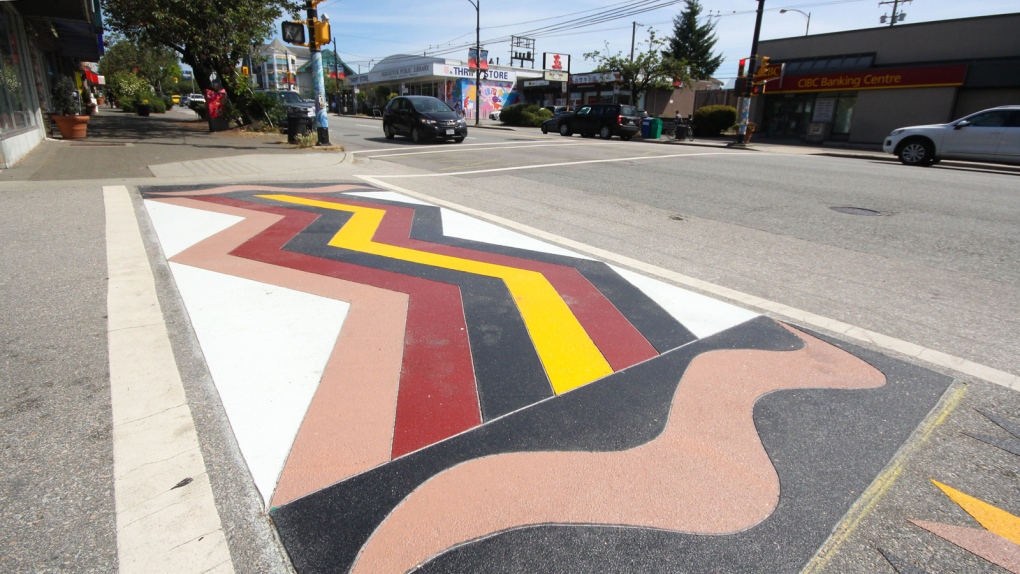 A crosswalk in Marpole designed by Musqueam artist Robyn Sparrow is seen in this image provided by the City of Vancouver.

Vancouverites might notice colourful patterns on some pedestrian crossings in the city's Marpole neighbourhood this weekend.

But the displays are much more than decorative.

In a statement, the City of Vancouver said "the crosswalk was intended to celebrate the vitality of the Musqueam community and their artistic traditions and contribute to Musqueam visibility on their unceded territory" as part of National Indigenous Peoples Day.

The artwork—which is made of geometric patterns in white, black, brick red, Sonoma sand and yellow—is located at the crosswalks on South Granville St. between 68th and 70th avenues.

It was created by Musqueam artist Robyn Sparrow.

According to the city, Sparrow started weaving in 1983. She also works with her sister, Debra Sparrow, a weaver and knowledge-keeper.

"As a city of reconciliation, the city celebrates National Indigenous Peoples Day as an opportunity to acknowledge the rich heritage and cultures of the First Peoples who have always inhabited and continue to share the land on which Vancouver is located" the city said, adding that "an update on the city's reconciliation work will be presented to Council next week.

Earlier this month, several crosswalks along Commercial Drive were decorated in red, white and green as part of Italian Day.