What is that? Video shows tailless creature scurrying through Vancouver yard 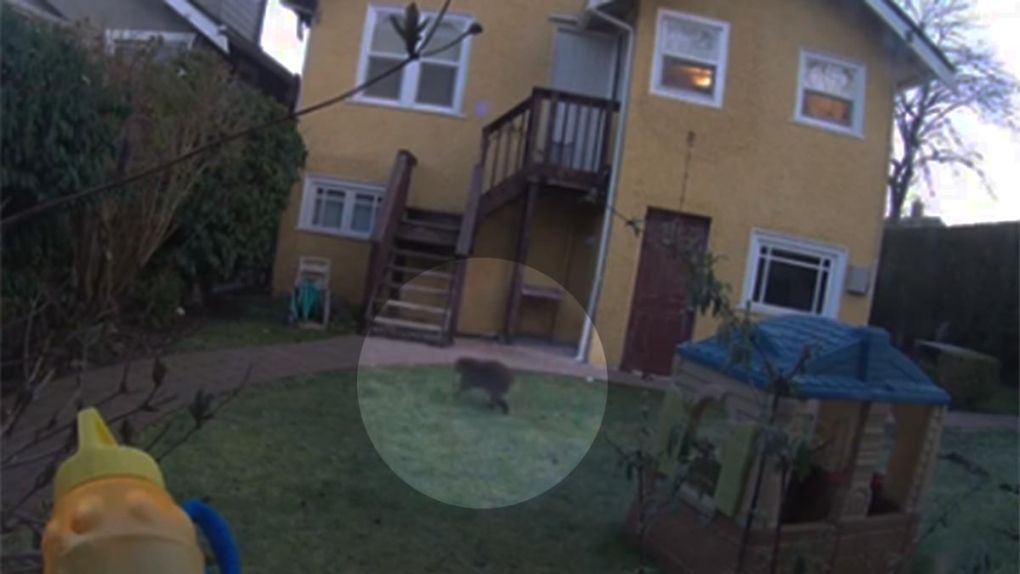 Video shows a tailless creature wandering through the backyard of a home in Vancouver's Kitsilano neighbourhood on Feb. 20, 2020.

VANCOUVER -- Video of a mysterious creature with no tail wandering through a Vancouver backyard has captured people's imaginations online – but it's likely just a raccoon that's been in one too many fights.

The surveillance video was recorded Thursday morning and shows a four-legged animal scurrying past a children's playhouse and into some bushes in the city's Kitsilano neighbourhood.

The video was then posted to Reddit under the title: "What just ran through my yard and how far should I move?"

Some joked the animal could be anything from a capybara to a mythical chupacabra, while others were quick to speculate it was a well-known local raccoon – a big bruiser that's missing a tail, covered in scars and is "literally unfazed by any attempts to shoo him."

The person who shared the video, who asked not to be identified to keep his Reddit account private, told CTV News he assumed the creature was a racoon but was unsure because of its size and lack of tail.

Dannie Piezas of the Stanley Park Ecology Society said the animal's trot, size and dark paws do indicate it's a garden-variety raccoon.

"A lot of raccoons nowadays in the city look surprisingly big," Piezas told CTV News. "This would be an adult – not particularly gigantic, but a bigger adult."

According to Piezas, the critter could have lost its tail during a close-call with a coyote, or even while tussling with its brothers and sisters as a cub.

"Raccoons can lose their tails for any number of reasons – in fact, they might even be born without a tail if they have a genetic deformity," she said.

Raccoons use their tails for balance, particularly while climbing, but Piezas said the raccoon in the video shouldn't have any serious problems – though the missing tail might make it a less appealing mate.