It boasts multi-million dollars views, but a unique float home in the heart of downtown Vancouver will only set you back the price of a bachelor condo.

Nestled among yachts and luxury cruisers at Coal Harbour Marina, the 470-square-foot abode on Burrard Inlet is small but boasts all the comforts of a luxury home. It's listed for $299,000.

The “Coastal Sea Home” is one of four in the marina. All were built in the mid-1980s in Victoria and were originally intended to be used like an RV, says realtor Judy Ross.

“They were meant to be “Winnebagos on the water,” she tells CTV Vancouver.

“You throw the dog and the kids in and putt putt up the coast. But none of them are used that way anymore – there are no motors and the steering is gone.”

Now permanently moored, the live-aboard property has a wood-burning stove, full-size bathroom with soaker tub, sleeping loft, as well as a gas range in the kitchen. 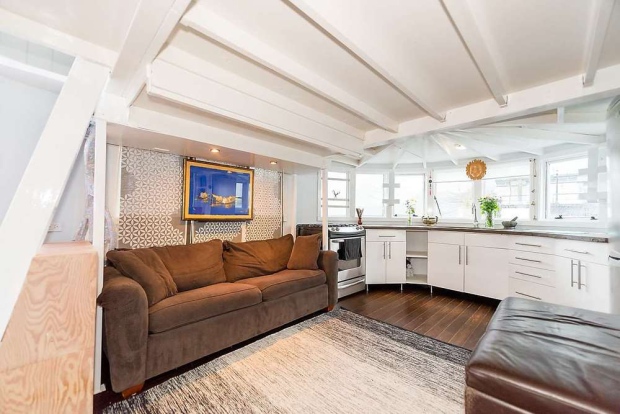 The crown jewel of the literal waterfront property is the roof deck above the boat, where you can sit with a glass of wine and watch sunsets on the water. You’re also steps away from shopping and restaurants in one of the city’s priciest neighbourhoods.

“You’re not going to find anything in Coal Harbour for that kind of money,” Ross said.

The longtime realtor, who specializes in float homes, says while many are intrigued by life in a float home, the reality of living on the water is not for everyone.

“It’s not great for people who have motion sickness,” she said.

Annual moorage fees will set you back close to $10,000 annually, and “there’s always an issue with storage.” 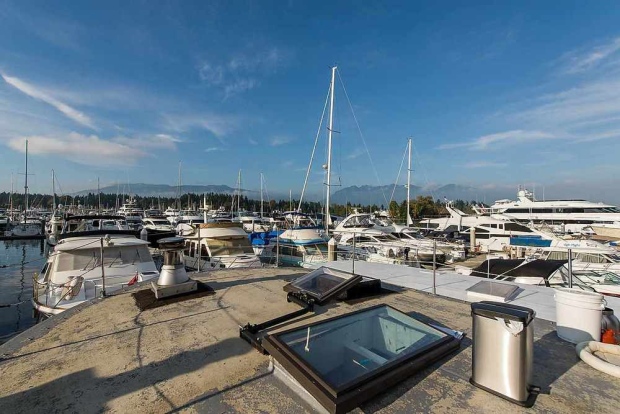 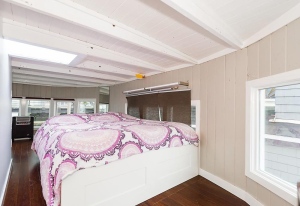 IN PICTURES: ‘Winnebago on the water’ yours for $299k