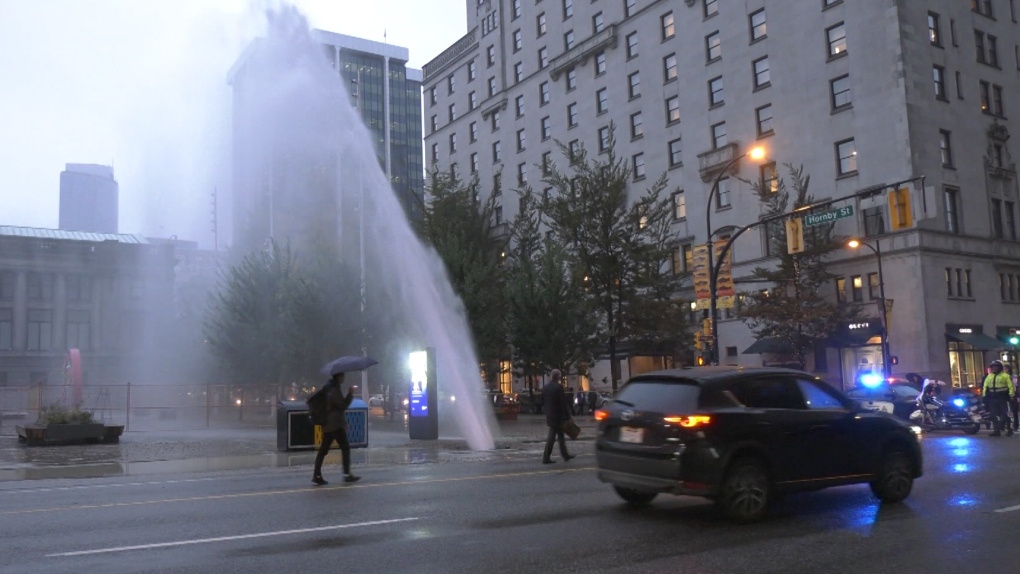 A burst water main sends a stream of water shooting into the air on Georgia Street in downtown Vancouver on Sept. 24, 2019.

VANCOUVER -- Crews are preparing for a water main replacement project in downtown Vancouver that's expected to impact traffic for months.

The water main running along West Georgia Street is almost 100 years old and has "reached the end of its service life," the City of Vancouver said in an information bulletin Friday.

The main has also ruptured a number of times in recent months. A break in September sent a geyser shooting out of the street near the Vancouver Art Gallery.

Crews will be installing 375 metres of pipe between Howe and Thurlow streets beginning on Monday – work that's expected to result in regular lane closures right until the project is complete in April.

The city said it's asking commuters "to plan ahead and to expect delays."

A minimum of three lanes of traffic – two westbound and one eastbound – will be open at all times, according to officials. The city has also promised to keep two lanes open in each direction during rush hours.

More information is available on the City of Vancouver's website.