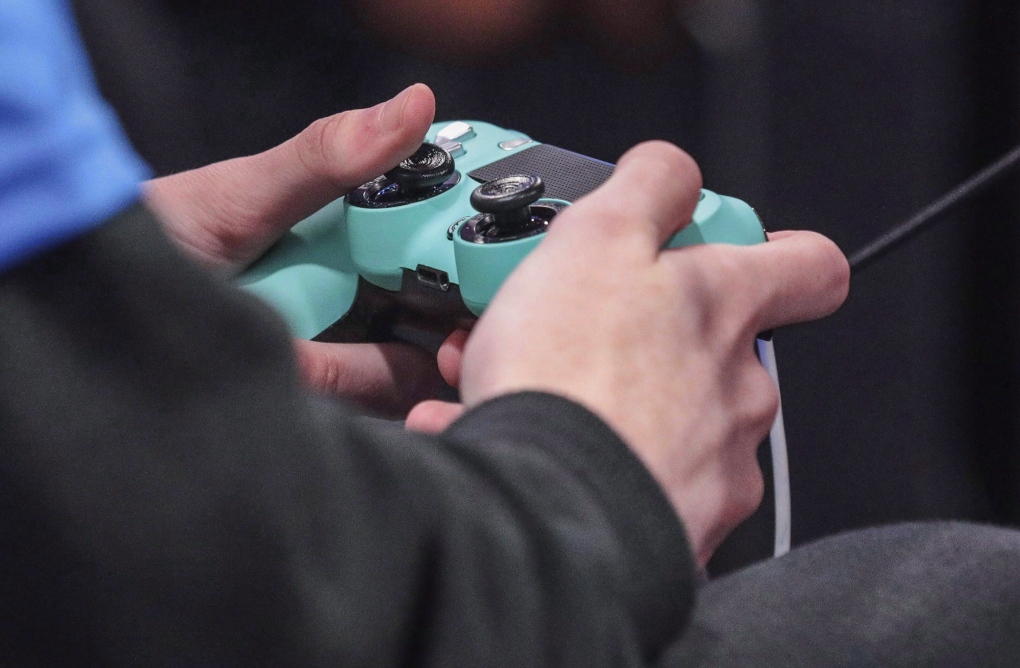 A competitor holds a Playstation 4 controller during a July 2019 gaming event in New York. (THE CANADIAN PRESS/AP/Bebeto Matthews)

Playing videogames could trigger a potentially fatal cardiac episode in children with existing heart conditions, according to an international study published this week.

The study, "Life-threatening cardiac arrhythmia and sudden death during electronic gaming," examined 22 incidents in which children between the ages of seven and 16 experienced an irregular heartbeat, either proven or suspected, and lost consciousness while playing videogames.

Six of the children suffered cardiac arrest, and four died.

"This is a relatively small study, but we still found a number of cases where children who were actively engaged in video games had a very severe cardiac event," said Dr. Shubhayan Sanatani, head of cardiology at B.C. Children's Hospital.

There's no need for the average family to feel alarmed by the findings, Sanatani added, noting that all of the cases reviewed by researchers involved children with risk factors and underlying heart rhythm conditions that were either known prior to the incidents or diagnosed after the fact.

"These conditions are thankfully rare – the most common occur in about one in 2,000 individuals," he told CTV News.

Children who suddenly lose consciousness while playing an intense videogame should be assessed by a doctor or specialist, the researchers said.

Multiplayer games about war came up more often than any other type of videogame in the cases reviewed for the study, though Sanatani said further research would be needed to draw any direct connections to those types of media. War games such as the Call of Duty series are among the most widely played across platforms, which could have skewed the findings.

The study, which was published in the journal HeartRhythm, did attribute the children's episodes to "adrenergic stimulation related to the emotionally charged electronic gaming environment."

The researchers said their findings raise questions about whether gaming is a safe alternative to competitive sports for children with underlying heart conditions.

"While competitive sport and certain high-risk activities are known to precipitate arrhythmic events in susceptible individuals, electronic gaming has not typically been included in the counseling provided to families with proarrhythmic diagnoses," reads the study.

Sanatani stressed that their research was a “fairly introductory” look at an apparent connection between gaming and cardiac arrhythmia that should be investigated more thoroughly.

"Some questions have been raised but this is definitely an interesting early signal that we've reported," he said.