One of Metro Vancouver's tiniest communities is fast becoming the next big thing when it comes to construction of multimillion-dollar mansions.

With a population of approximately 2,000, the Village of Anmore is located just north of Port Moody, 20 kilometres inland from Vancouver.

Nestled in the foothills of Eagle Mountain on the shores of Buntzen Lake, Anmore is zoned as a "semi-rural" area with most plots of land measuring about an acre.

"What brings most people here to Anmore is the trees and the natural setting," the village's mayor, John McEwen, told CTV News.

But the "semi-rural" community has earned a new nickname: Vancouver's Hamptons.

The village is bustling thanks to an increase in traffic by owners of brand-new, multimillion-dollar luxury homes, and more giant houses are cropping up as the village's reputation builds. 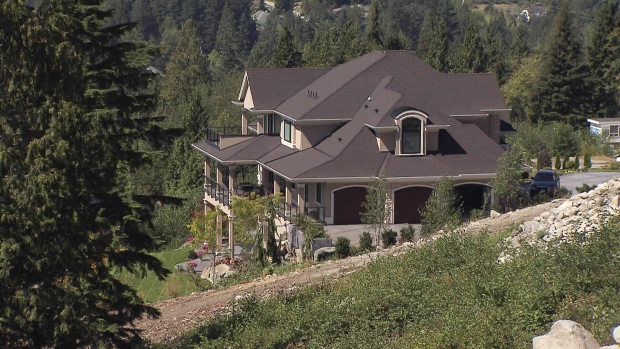 A quick MLS search at the time of publishing revealed 27 homes currently for sale in the village, all but three with price tags over $1 million, and most with at least four bedrooms. Some of the homes have as many as nine, and one of the homes – listed at $7.9 million – includes an indoor pool, five-hole putting green and seven-car garage.

Many of the new homes come with ritzy wine cellars, cavernous living spaces and sprawling gardens. The village's spacious lots allow for homes in the 15,000-square-foot range, enticing city dwellers who find themselves a little cramped in Vancouver's pricey market.

"A lot of people are selling out... and seeing they can build a brand new, beautiful house on a large parcel of land, and they're still within commuting time," McEwen said. 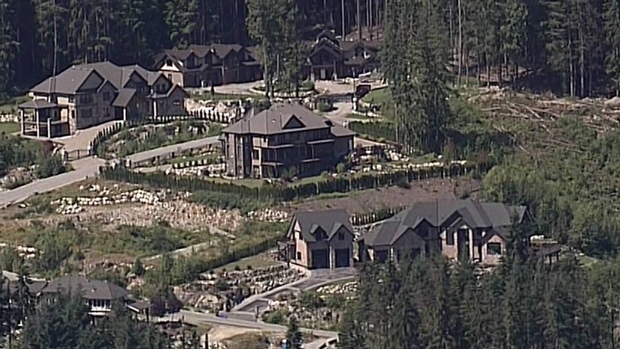 The village was quiet until last year, when realtors like Glen Bohnet started to advertise Pinnacle Ridge Estates. The first phase was snapped up by locals, but soon those from further away started to pour in from other areas.

"It's almost a third of the price," Bohnet said of homes in Anmore, compared to similar residences in Vancouver.

"I still believe, in today's market, it's undervalued."

It's possible that a price hike is on the way, with so many people starting to consider the move. And in addition to that looming adjustment, the village is already facing some growing pains.

As its empty lots fill with palatial homes, major challenges have come up in the community that wasn't designed for that kind of growth.

"We're the best kept secret in the Lower Mainland, but unfortunately our own success has kind of got ahead of us with this pre-zoning that we did," McEwen said. 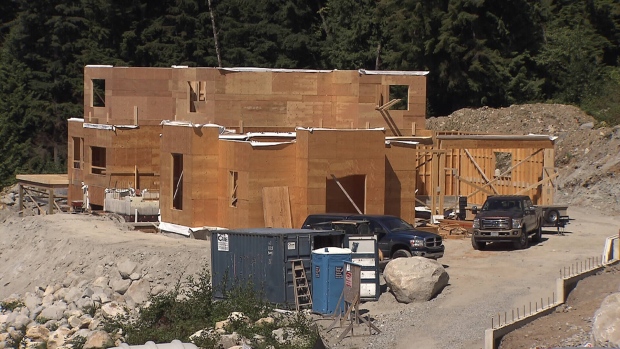 The mayor said he's pushing to change the zoning to make neighbourhoods denser. The current restrictions mean residents have access to city water, but are still on individual septic systems requiring large lots.

The village also needs an increase in residents to expand its coffers, as resources are currently so tight that City Hall business and council meetings are run out of portables. The heritage home that previously held city employees is collapsing, and has a serious squirrel infestation.

"We only have 807 taxpayers currently, so that's the only source of revenue we have, other than a few grants," McEwan said.

"We operate on a $2 million annual operating budget, so we have very big challenges financially."

Despite the challenges, longtime resident Anne Waterhouse said she and her husband support the idea of expanding, but worry the high-end developments are moving in the wrong direction.

She told CTV she feels that they have to "move with the times," even though they'll miss the days when their community was relatively unknown.

"Land is becoming increasingly scarce here and I don't think we can be so elitist as to think we can keep this little patch of heaven all to ourselves," she said.

With a report from CTV Vancouver's Penny Daflos