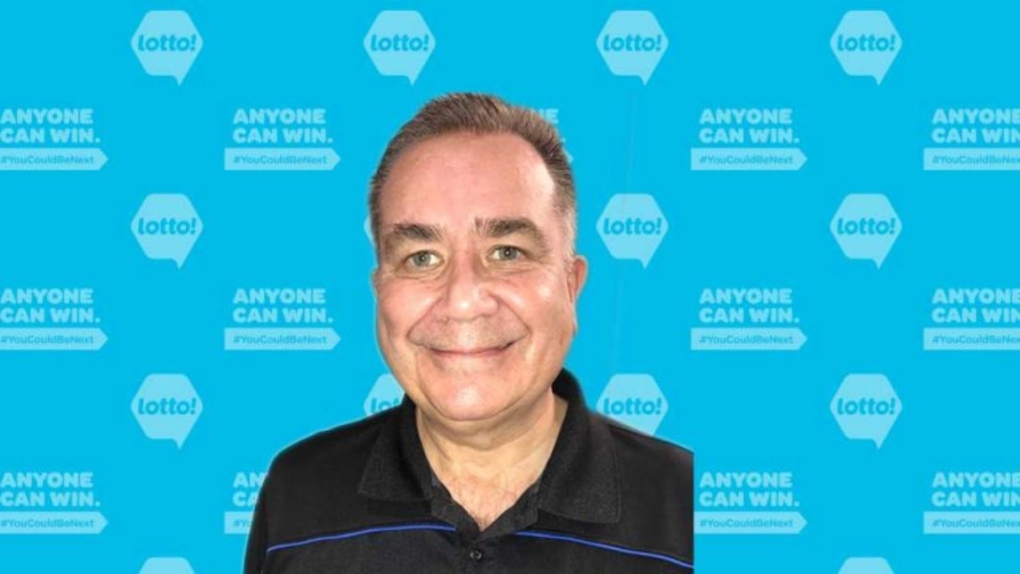 B.C. lottery winner Alan Jordan is shown in an image provided by BCLC.

VANCOUVER -- A lucky Vancouver resident found himself $675,000 richer recently after winning the top prize on a scratch ticket.

Alan Jordan purchased a Set for Life ticket at a Petro Canada station in Coquitlam on his way to work, and scratched it on his lunch break. He said he was shocked when he found out he'd won a big prize.

He told his wife to sit down before sharing the good news.

"It's an incredibly great feeling. I always see other people winning and it's such a good feeling knowing I am one of them," he said in a statement from BCLC earlier this week.

Jordan said he plans to put his winnings into a few things, including a new car for his wife and a vacation for his family, when travel is allowed.

He said he'd share some of the prize with his daughter, who has plans to volunteer at an animal sanctuary overseas after the pandemic.

As for a treat for himself, he has his eye on a pair of hiking boots.

"I am very grateful and am trying to stay as grounded as possible," Jordan said.